A vigil at the clock tower in Kitchener’s Victoria Park was one of several events organized across the country Thursday to mark the National Day of Awareness for Missing and Murdered Indigenous Women and Girls (MMIWG), also called Red Dress Day.

The Kitchener event was hosted by The Healing of the Seven Generations. Earlier in the day, a community walk saw participants march from the organization’s office on Frederick Street to Kitchener City Hall.

At the University of Waterloo campus, 20 red dresses were hung in the trees. 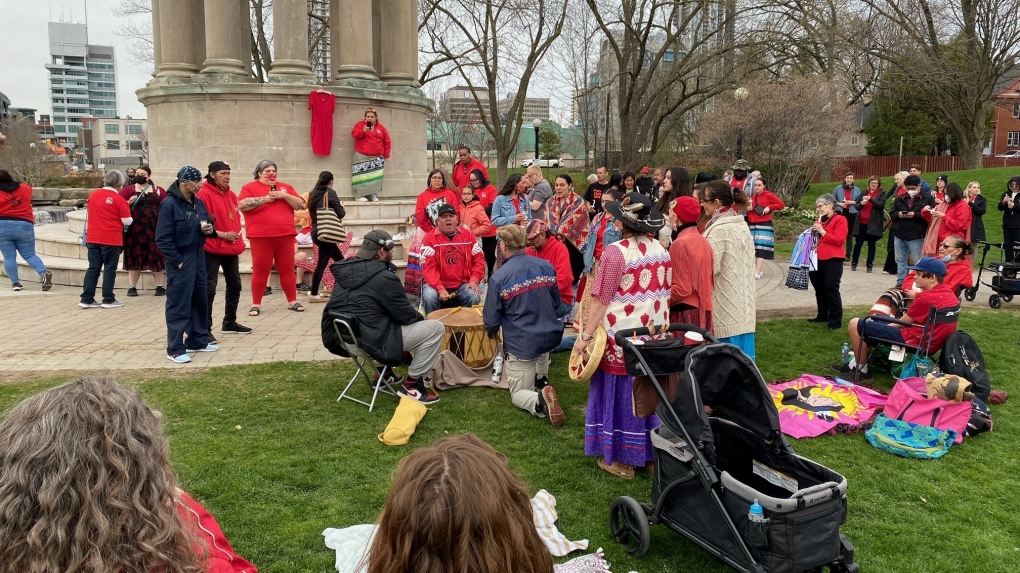 A vigil is held to mark Red Dress Day in Kitchener on May 5, 2022. (Terry Kelly/CTV Kitchener)

A 2019 national inquiry into MMIWG, found Indigenous women and girls were 12 times more likely to be murdered or go missing than any other women in Canada.

"This is our way to say we are here, we are not giving up, we are not readly to silence our voices, we are humans as well, and we deserve the same respect as everyone else," said organizer Amanda Trites.

Myeengun Henry, former chief of the Chippewas of the Thames First Nation said he knows several women who have disappeared.

“It’s probably every Indigenous family knows someone who was affect by this,” Henry, who is also an Indigenous Knowledge Keeper at University of Waterloo, said. 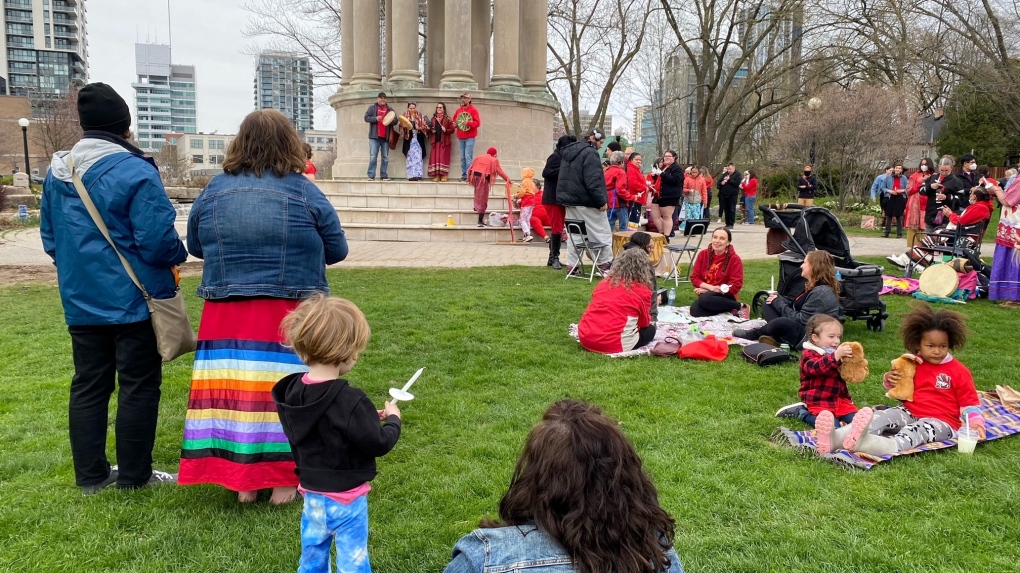 A vigil is held to mark Red Dress Day in Kitchener on May 5, 2022. (Terry Kelly/CTV Kitchener)

Henry said when he was living in Windsor, a woman from the community was found beaten to death by the river.

“At that time, still there was no investigation, at least deep enough to find somebody who did it,” Henry said. “And it just kind of become normal to us that whenever these things happened, we never found an answer to them. So we walk through life feeling that something was unfilled.”

He said more needs to be done to keep Indigenous women and girls safe.