A vigil took place in Kitchener's Victoria Park on Friday night to honour an 18-year-old who died of a drug overdose in February.

The teen's mother, Kelly Gordon, is looking to spread awareness about the dangers of addiction. Gordon says before her son was introduced to drugs he was an active kid who loved soccer.

"Over the days and the months when he was becoming an addict, he dropped soccer and turned to drugs which very quickly absorbed the child that I knew," she said. "Junuh was a very fun, outgoing, social kid, and had a big heart he wore on his sleeve." 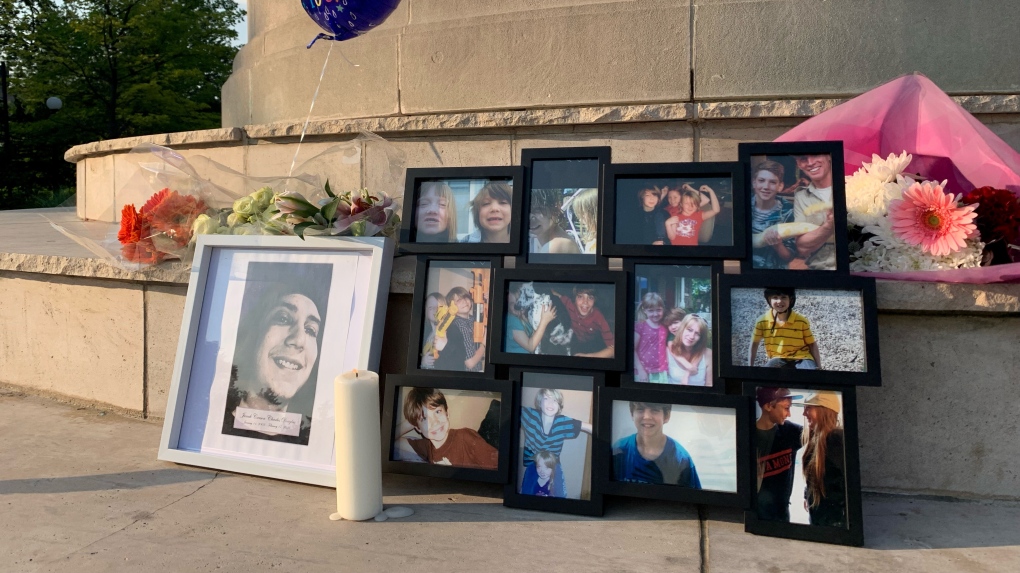 A vigil in Vitoria Park to honour a teen who died of a drug overdose. (Krista Sharpe/CTV Kitchener)

Gordon lost her son to addiction after he had been periodically living on the streets of Kitchener and overdosed on what was believed to be carfentanyl, an opioid meant for use in large animals like elephants.

"Junuh asked for help," Gordon said. "He tried to go to detox centers, rehab centers, and they always said 'we're full, can you come back?'"

On Friday night, candles will be lit in honour of the teen and others battling addiction.

Many of Junuh's support workers were at the vigil to light a candle.

"I think there's a big need for services, especially for young people, that are accessible," said Nikki Britton, a social worker at the Working Centre.

Among the crowd were other parents who lost their children to opioid addiction.

"I lost my son Simon to overdose," said Renee Jeremike'a. "I've been shrivelling ever since."

On average, three calls a day are made to 911 reporting an overdose.

"We've had 21 consecutive years of increasing opioid related overdoses in Ontario," said Michael Parkinson of the council. "We are seeing direct workers from a variety of agencies, we're seeing paramedics really burning out because the steady stream of death is unrelenting."

To Gordon, more needs to be done to change these numbers.

"You just think, did I miss something?" she said. "Every day you think it all over."