Vigil for victims of gender-based violence held in Kitchener

Vigil for victims of gender-based violence held in Kitchener 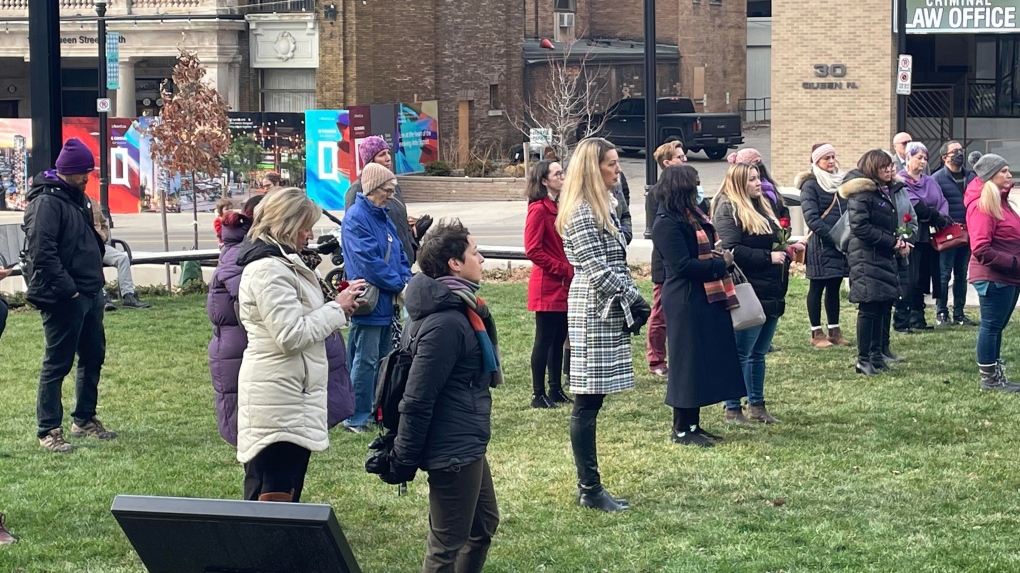 A vigil against gender-based violence was held in Kitchener on Dec. 6. (Karis Mapp/CTV News)

Personal stories of heartbreak and perseverance were shared at a vigil at Vogelsang Green in Kitchener to mark the 33rd anniversary of the École Polytechnique massacre in Montreal.

The vigil held on the anniversary of a tragedy that occurred 33 years ago at the École Polytechnique in Montreal, when 14 women were murdered.

“Through our Project Willow research at the YW we know that 94 percent of homeless women experience gender based violence on any given day in any variety of forms,” said Rachel Walser, an advocacy coordinator with YWCA Kitchener Waterloo.

On Tuesday, while the names of the women killed at Polytechnique were read aloud, organizers and speakers also asked for people in attendance to expand their thoughts to the many other women still facing violence in their daily lives. 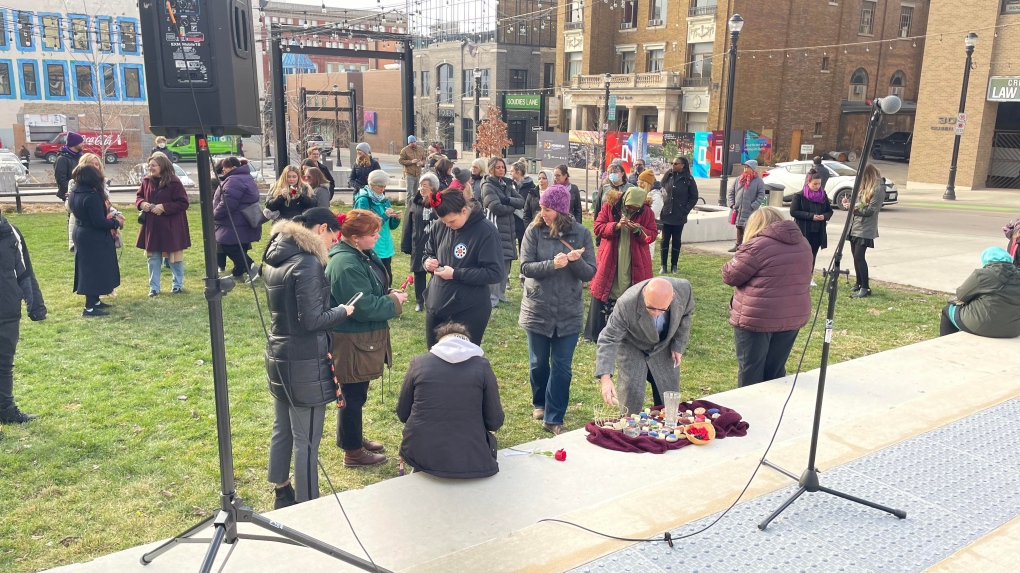 A vigil against gender-based violence was held in Kitchener on Dec. 6. (Karis Mapp/CTV News)

“Being able to incorporate Indigenous people that have lost their lives due to violence – not just with the vigil for the December 6th tragedy but also just being able to incorporate them in the general of the statistics – ‘cause I feel like Indigenous women especially have not been properly identified in statistic-wise or gender-based violence or any sort of violence at all,” said Elianna Ellis, a student at the University of Waterloo

Messages of hope were written on stones and placed around a vase of roses as the assembled crowd called for a better future.

“You never think it will happen to you until it does. And it’s really hard to find these solutions that actually work in the area because – for myself I had a hard time finding resources,” said Mackenzie Janveaux, director of the University of Waterloo’s Indigenous Student Association