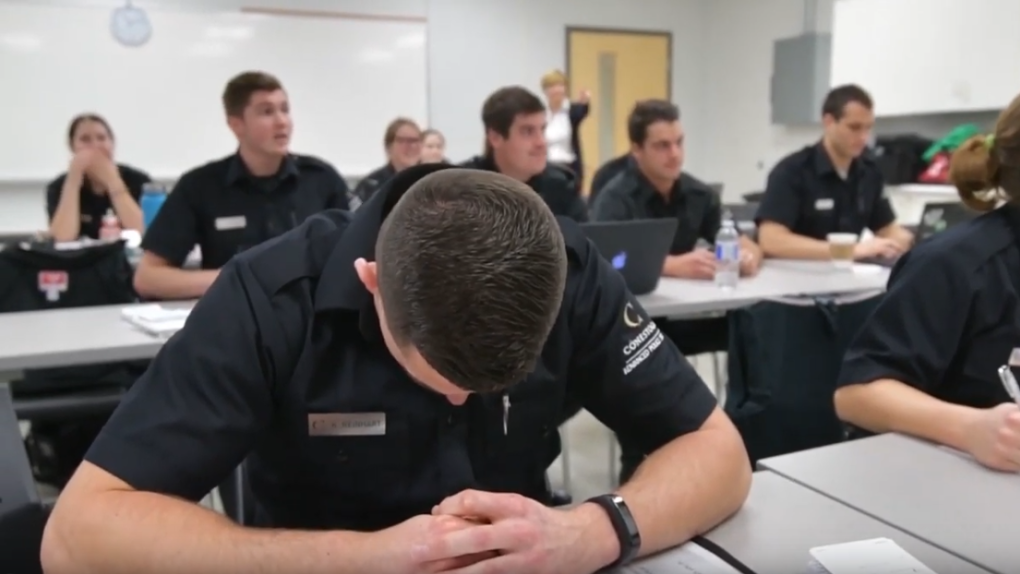 Kraig Reinhart reacts to seeing a police officer who is about to give him a job. (Source: YouTube)

KITCHENER -- Kraig Reinhart was sitting in class at Conestoga College when he was surprised by an offer for his dream job.

Regional police set up an opportunity to capture the moment he found out on camera by pretending to do a piece on the college's advanced police studies program.

"I feel like the community has served me and therefore I want to put my service back out into the community and help the community that has allowed me to live and grow and have opportunities," Reinhart told the film crew.

"Just say, if somebody was here today from Waterloo Regional Police to offer you a job, how would that make you feel?" Greeno asks him.

As he starts giving his response about how he would be at a loss for words, another police officer enters the classroom in the background.

"Oh, Jesus," he says, hanging his head and pounding lightly on his desk.

The video shows him calling his mom to break the news and ends with him signing a contract.

Their video has been shared hundreds of times and received more than 1,400 reactions online.