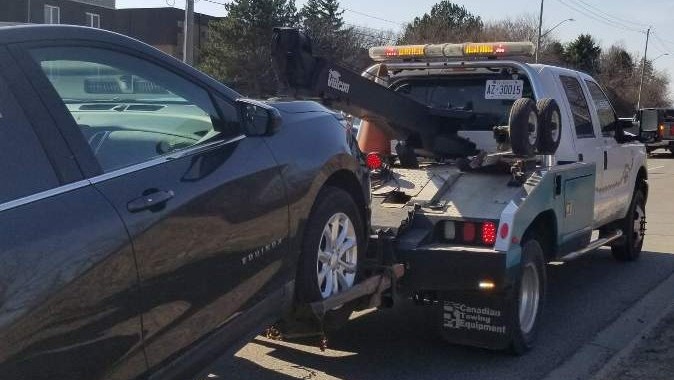 A vehicle was towed after the driver was allegedly clocked going double the speed limit. (@WRPS_Traffic / Twitter)

A driver had their vehicle towed after allegedly being caught going twice the speed limit.

Police say they stopped a car approaching a Kitchener roundabout on Monday afternoon.

It happened in the area of Homer Watson Boulevard and Blockline Road.

According to police, the vehicle is alleged to have been going 102 km/hr in a 50 zone.

A tow truck was on-scene to remove the vehicle.

It’s not clear exactly what penalties the driver would be facing, but statute says that their license and vehicle will be seized for seven days.

Their identity was not released.