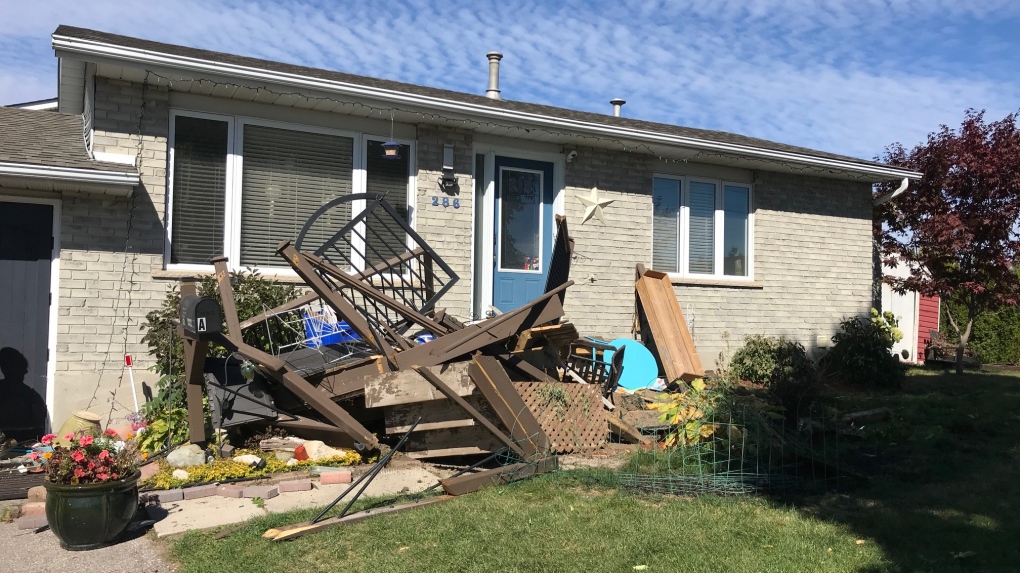 The porch of this Guelph home was destroyed on Oct. 3, 2022 after a car smashed into it. (Dan Lauckner/CTV Kitchener)

Guelph police shut down a section of Grange Road for around an hour on Monday after a vehicle left the roadway and crashed into the front of a home.

Police said no one was seriously injured in the crash that happened around 10:30 a.m.

An 18-year-old Milton man had a medical emergency while driving and left the roadway, police said.

His vehicle jumped the curb at the intersection of Grange Road and Auden Road before driving across the lawn.

It then crashed through the home’s front porch before coming to a stop.

“The driver was taken to Guelph General Hospital for a medical assessment. Fortunately there were no serious injuries,” Guelph police spokesperson Scott Tracey said.

No injuries were reported by anyone inside the house, Tracey added.

“The driver was an 18-year-old male from Milton. He was taken to hospital just to be assessed, but there are no serious injuries,” said Tracey. 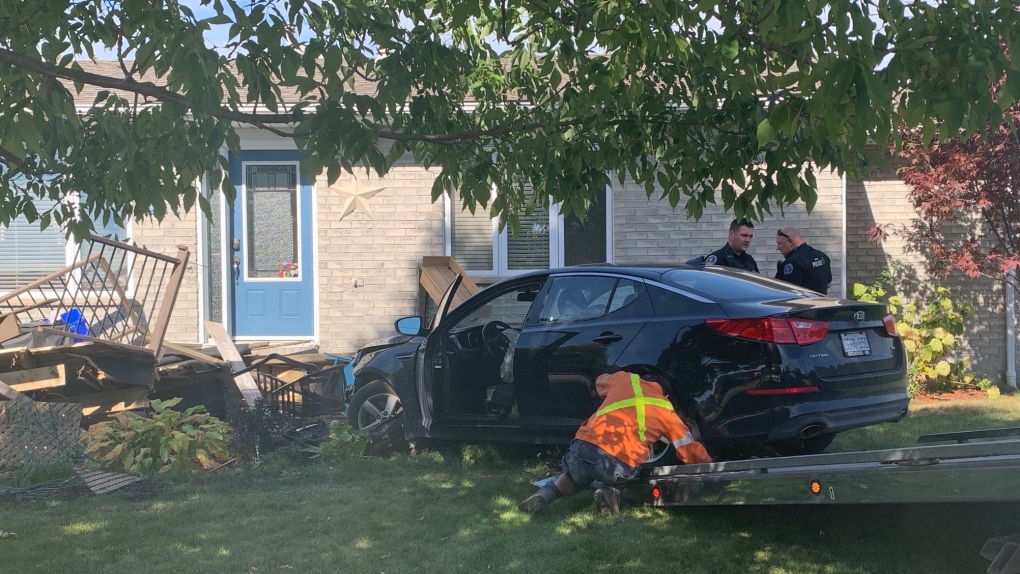 A worker prepares to remove a car after it crashed in a home on Grange Road in Guelph on Oct. 2, 2022. (Submitted)

A man who was walking nearby after the crash happened said he saw the vehicle up against the home and quickly tried to help.

“I noticed there was a driver still in the car, so I ran up to it to make sure he was alright. The car wasn’t leaking gas or on fire, but it was still running. I looked in, and it was obvious he was having a seizure,” Paul Rooke said.

Rooke says he watched over the driver as other people called for help and waited for emergency services to arrive.