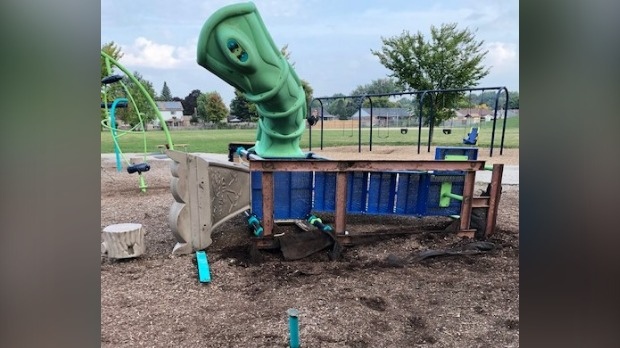 Brantford police say this equipment was damaged by a vandal on Sept. 23, 2020 (Supplied: Brantford Police Service)

"The damage incurred to the play structure was substantial and estimated to cost approximately $15,000 to $20,000 to replace," police say in a news release.

Officials say it would have taken "a great deal of force" to damage the structure and it likely "would have created substantial noise."

Anyone who may have heard or witnessed the incident is asked to contact police or Crime Stoppers.