'Until I drop dead': Meet one of Ontario's last typewriter repairmen

KITCHENER -- A Kitchener man is the last of a dying profession, spending his days repairing typewriters.

It's a skill that can be hard to come by these days and business is still booming for the man known as the "Typewriter Guy."

Manfred Aulich began working on typewriters when he was 14 years old.

"I don't really want to quit it," Aulich said. "Until I drop dead, probably."

The 72-year-old is the last typewriter repairman in Waterloo Region, and is likely among the last in the province.

"There's not too many people in this region at all," Aulich said. "Not many in Toronto and Windsor there's nobody."

Aulich said fewer people and businesses are using typewriters these days, but they're slowly making a comeback.

"There's an interest again in antiques, the children see in movies a typewriter," Aulich said.

Aulich said Tom Hanks is a known typewriter enthusiast, inspiring many people to get their old machines repaired.

"To fix a typewriter, one of the most important things is a screwdriver and some oil, lubricants," Aulich said.

He's currently working to restore a machine from the Second World War. He said he wants to send the historic typewriter to Tom Hanks. 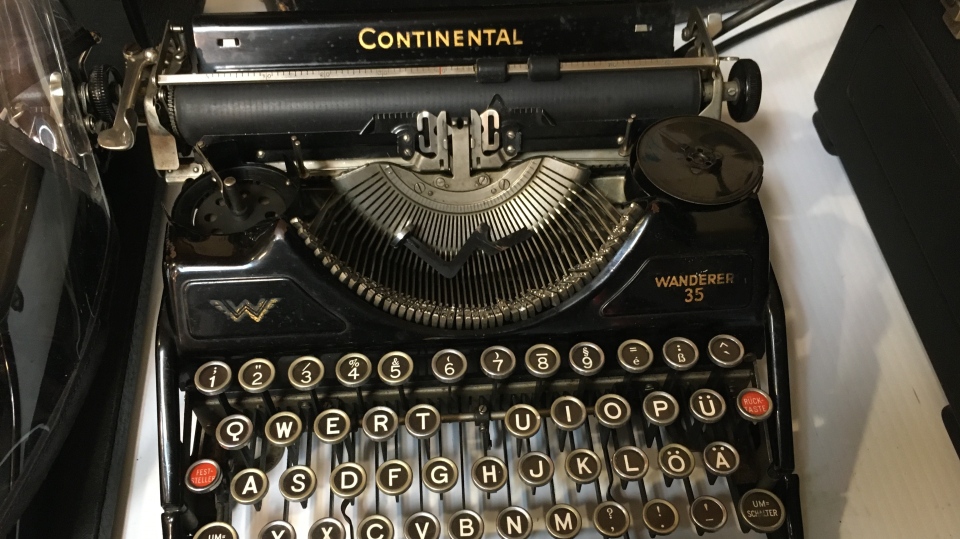 "I have to find somebody who has connections," Aulich said.

He has 60 machines in his collection.

Doug Saunders has been coming to Aulich for more than a year to fix his old typewriters. He said he's grateful that he can get his family heirlooms restored.

"It's hugely important and you know he's not a young man anymore and nobody's coming into that trade, so if we don't have somebody like him, then we don't have anybody," Saunders said.