Multiple students have been displaced following a Sunday morning fire in Waterloo.

According to Waterloo Fire and Emergency Services, emergency crews were called to the scene around 8:45 a.m. on Albert Street Sunday.

When they arrived, they could see a fire outside a building that was starting to spread through the upper levels of a home, while flames were also jumping to an adjacent home.

In an email statement, police say the fire is believed to have started outside a residence and moved towards the structure. No one was injured.

Officials said the fire started at a property being rented by University of Waterloo students, while the other is rented by Wilfrid Laurier University students.

"There is likely to be a total of 12 students displaced," said Richard Hepditch, fire chief for the City of Waterloo. "We’ve also worked very quickly and liaised with the University of Waterloo and Wilfrid Laurier University who have special constables on scene that will help them with accommodations."

According to Jeffrey Kroeker, President of the Sigma Chi Housing Corporation, the one building is home to six Sigma Chi fraternity members this summer who are attending Laurier. He said the school is working with the fraternity to find interim housing.

"Thankfully all of our brothers got out of the house safely, and our brothers did what they were supposed to do as part of our emergency plan. They accounted to everyone and mustered outside which were very happy and lucky that they all got out," said Kroeker. "We’re very proud of them. We’re going to work with them as part of our alumni and broader fraternity to make sure that they’re supported all the way through." 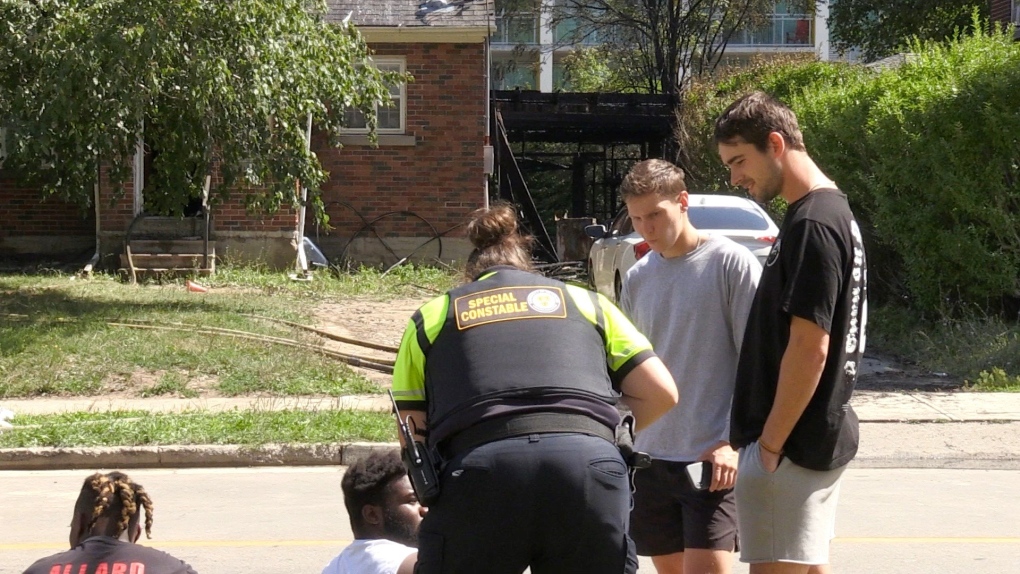 "The university has provided the Laurier students residents in the house next door with emergency residence accommodations and offered wellness support," a representative from Laurier said via statement.

Fire officials said a City of Waterloo bylaw officer was driving nearby and saw smoke and flames. They alerted two people inside the home where the fire was.

The officer then went to the other house and alerted four other people to get out. The bylaw officer was later transported to hospital with injuries related to the fire.

Police later clarified that one person was taken to hospital with smoke related issues.

"We don’t have an update on his condition," said Hepditch. "City staff are supporting the individual. He was transported by Region of Waterloo Paramedic Services to St. Mary’s General." 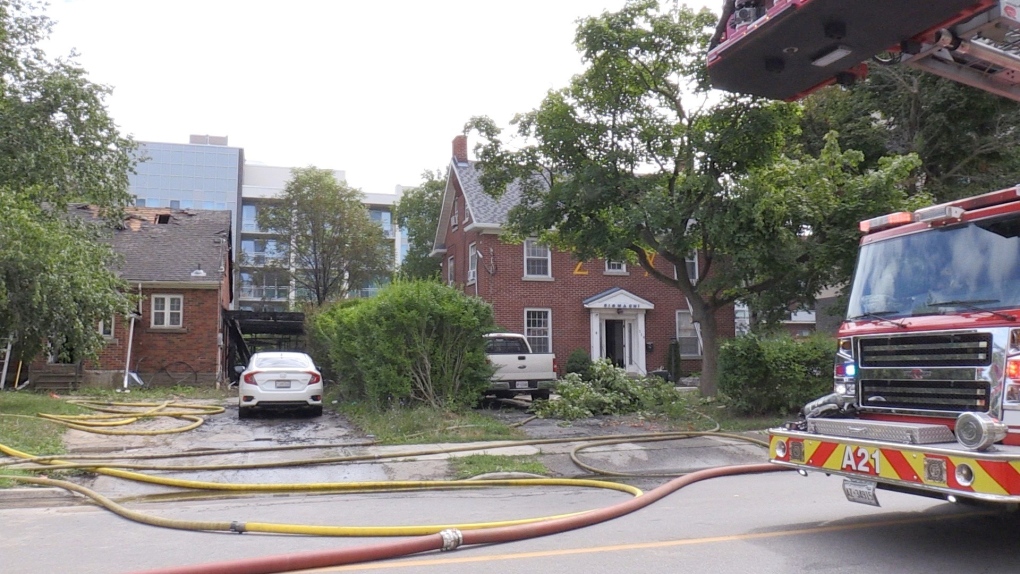 The office of the fire marshal and Waterloo regional police were on-scene investigating Sunday. Crews were back at the property on Monday.

Investigators initially shut down Albert Street between Hickory and University Avenue, but reopened it on Monday.

Officials are still trying to determine a cause, saying the investigation is complex and will take some time.

"At this point we don’t have all the details of the fire, but it is clearly under investigation for various reasons as they pertain to personal injury, fire loss and how the fire started," said Hepditch. "It’s possible that it could take one to several days. It’s really hard to say."

Fire officials said the home where the officer saw the flames sustained significant fire and water damage on several floors, and a vehicle is likely not useable anymore. 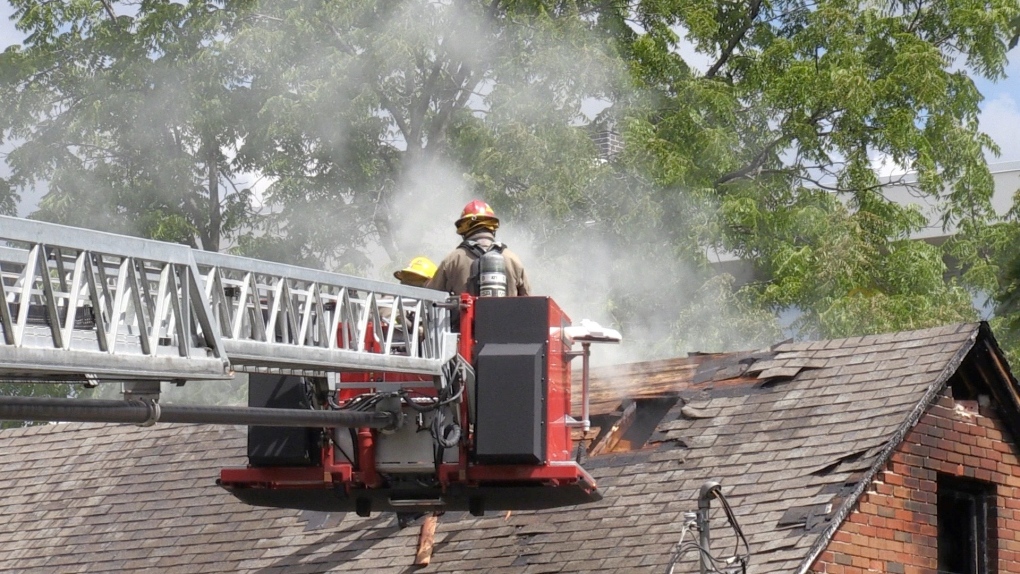 The other home impacted also received some fire and water damage.

A total of 21 firefighting staff responded on Sunday morning.

After standing up for his teammate following a bout of online bullying, Toronto Blue Jays pitcher Alek Manoah has been awarded Dove Men+Care’s first ‘sponsorship for sportsmanship.' Of the interaction, Manoah said he "meant it from the heart."