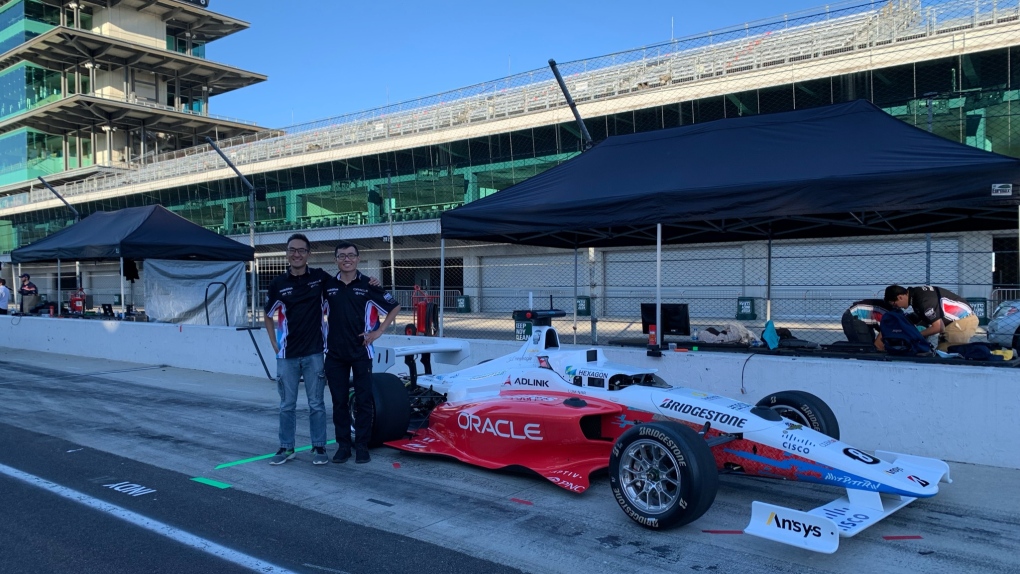 Brian Mao and Ben Zhang’s fully autonomous race car may not have crossed the finish line at Indianapolis Motor Speedway, but the two students from the University of Waterloo called Saturday’s race at the Indy Autonomous Challenge an unforgettable experience.

“We’re really proud to be the only Canadian school in this entire competition,” Mao, a master’s student in applied mathematics told CTV. “Being able to represent our country in this international stage is a huge honour for both of us.”

10 teams composed of university students from nine different countries were tasked with developing a self-driving race car capable of reaching speeds of 160 km/h.

Mao served as lead for the vehicle modelling team. He said each team was given an identical car with the same engine and hardware to ensure a fair race. It was up to the students to design the vehicle’s self-driving technology.

“It all came down to the software side. We divided our software stack into the areas of perception, state estimation, path planning and controls,” Mao said. “It was a culmination of each of those subcomponents in order to drive the vehicle autonomously.”

Waterloo finished in 7th place after their car crashed due to a GPS malfunction in the first lap.

“There were a wide range of mixed emotions. There were tears of course, there was frustration, of course there was some shock as well. We didn’t expect that to happen,” Mao said. “There was also a mentality of this is a moment where we can learn from it. It’s also an opportunity for us to improve.”

Despite the crash, Mao said the team was able to design a fully autonomous car that was able to exit the pit box, drive on the track and reach high speeds. He added that the event was a great way to put the University of Waterloo on the map.

“I think it’s a great opportunity for the University of Waterloo to become a lot more well-known outside of Canada. Everybody in Canada knows about it but in the states, outside of Silicon Valley [California], it’s a more obscure school,” Mao said. “We have a greater exposure now and people are more familiar with the brand.”

Mao said the school is reorganizing for future races and hopes to get more funding to help the team compete in upcoming events.