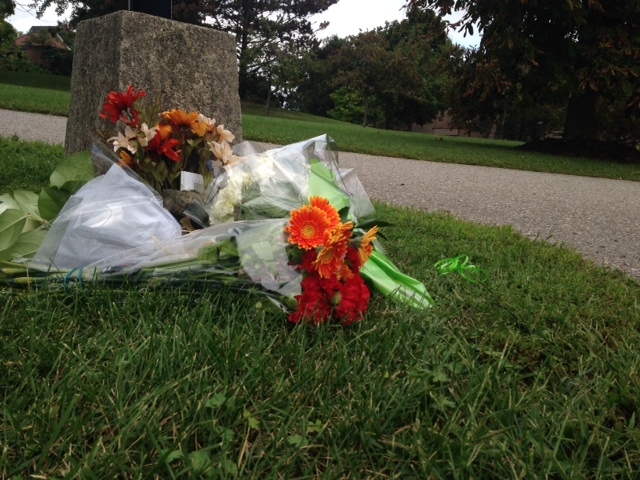 A memorial at the site where a woman was struck by lightning.

A memorial is growing on the University of Waterloo campus where a young woman died Friday morning. Students have been leaving flowers and teddy bears as a tribute where the 18 year old Markham girl was struck by lightning.

“It’s crazy, because it’s not even something you would expect to happen any time,” said Katherine Wang, a first year student who lived in the same residence as the victim.

“We’ve tried to stay positive… It could have been any of us.” Wang added.

The girl’s family has asked that her name not be released. She was a first year student studying  nanotechnology.

The victim’s life was also being marked with a moment of silence before the Waterloo Warriors football game.

“It was really tragic. Really leaves a dry feeling in your mouth, that this person was just starting, and it’s especially tragic because it’s something that no one could see coming,” Grigg said.

The university has councilling services in place for any students who might need it.