Two transport trucks in ditch cause Hwy. 401 delays in Cambridge 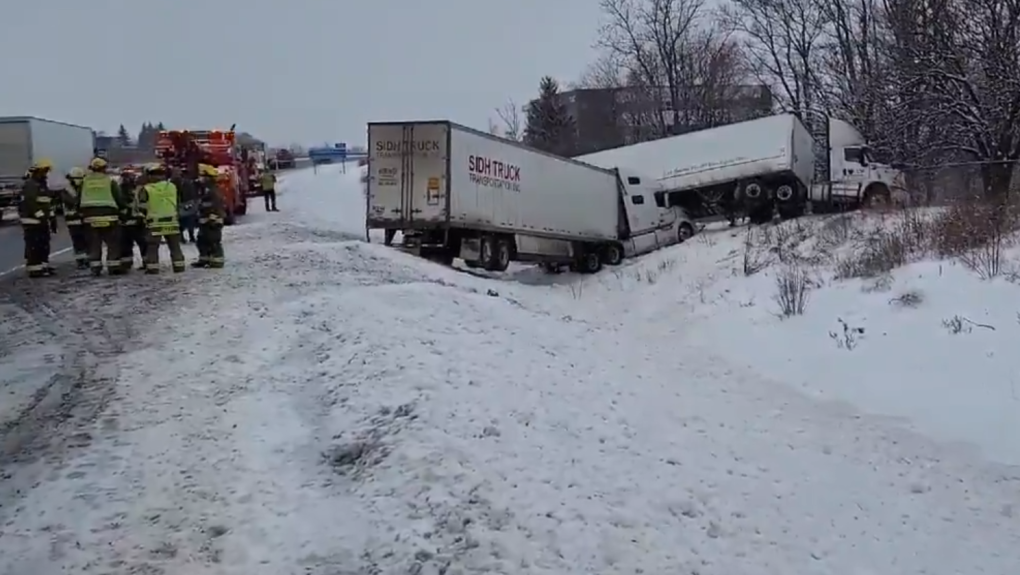 KITCHENER -- Friday morning drivers on Highway 401 in Cambridge have experienced delays after two transport trucks went into the ditch.

The OPP tweeted out the incident just after 8:30 a.m. and said the trucks are on the westbound side between Townline Road and Franklin Boulevard.

The right lane was closed as a result.

Officials are estimating around four hours for cleanup and expect delays in the area.

Officials have yet to say the cause of the incident.

Two transports in the ditch #Hwy401 WB past Townline, #Cambridge. Expect delays in the area. 4 hours estated for cleanup. No injuries reported. pic.twitter.com/0v5FJVBIQw

By 10 a.m., police had also reported another tractor trailer crash, this time in the opposite direction near Homer Watson Boulevard.

Officials said that the truck had jackknifed and ended up on the left shoulder. Only one lane was getting by on that side of the road.

Collision: #Hwy401 EB at Homer Watson. Jack-knife transport truck now on the left shoulder. 1 lane getting by, heavy delays in the area. Hope to have all lanes clear within an hour pic.twitter.com/0dQ88rXgZD