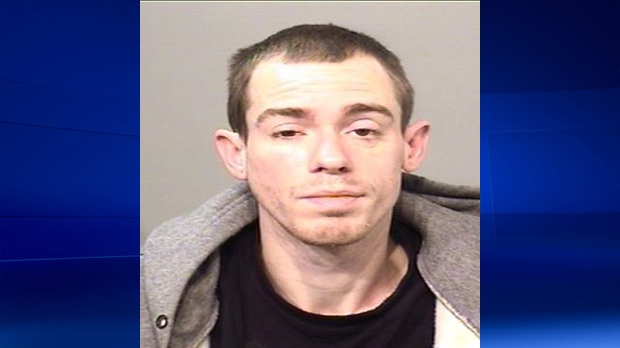 Brantford Police are asking for help in locating two suspects after a man was dragged into a home and threatened with a gun last week.

According to police, the 31-year-old was walking on Chatham Street when he met with three men that he knew outside of a home.

One of the men invited him into the home to talk in private. While the group was talking outside, police say an unknown man came up to the victim and placed him in a headlock.

All three men then dragged the victim inside the home. That’s when one suspect pulled out a handgun and demanded the victim hand over his debit card and PIN number.

Police say the victim refused and was assaulted by all three suspects. He was eventually able to break free and run to the neighbouring home, where he called police.

Officers were able to arrest one suspect at the home but say the other two men fled the area before they arrived.

Shawn Jason Peekhaus and Jonathon Charles Ludwig, both of Brantford are charged with a number of offences including forcible confinement, kidnapping, robbery with firearm and breach of probation.

Police are still looking for Ludwig and believe he answers to the nickname of ‘Chily’.

Police are still trying to identify the third suspect and are asking anyone with information to contact them.