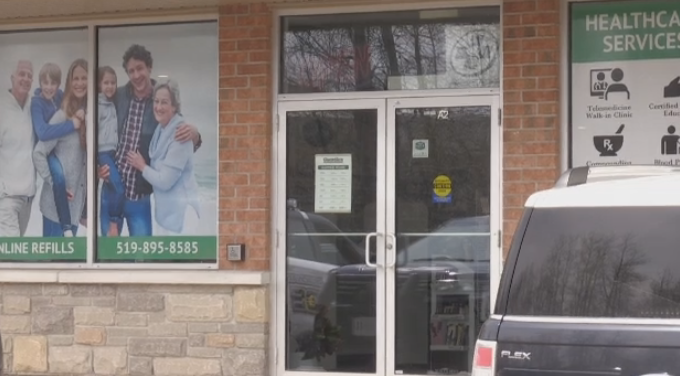 Waterloo regional police say they’re looking for two suspects who are considered armed after two pharmacies in Kitchener were robbed within 30 minutes of each other Thursday morning.

In a tweet posted just after 11 a.m., police said the robberies occurred in the areas of Lancaster Street West and Battler Road in Kitchener.

Police said in both cases the suspects entered the pharmacies and stole narcotics. A handgun was brandished in one of the robberies.

Police said the suspects fled the area in a vehicle.

Police have not released suspect descriptions.

A handgun was brandished in one of the robberies. No physical injuries were reported.

The suspects fled the area in a vehicle.