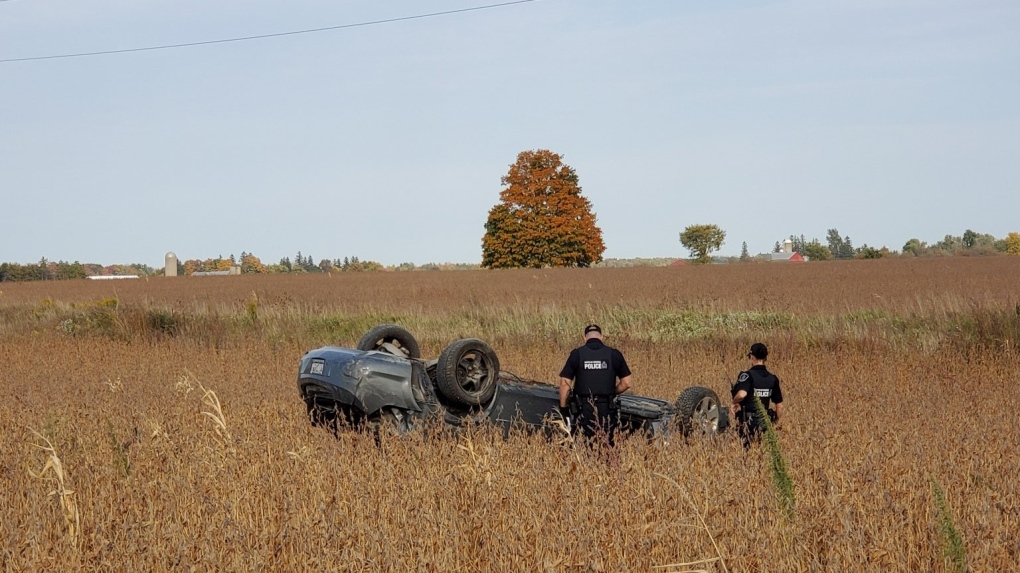 WRPS officers at the scene of a crash in Wellesley Township. (Source: Waterloo Regional Police)

KITCHENER -- The Waterloo Regional Police Service shut down Road 116 in Wellesley Township on Saturday while they investigated a serious crash.

Police say at around 2:36 p.m., a single car left the road and rolled onto its roof in a field.

Two people from Stratford were inside the car at the time of the crash.

A male with serious injuries was sent to a London hospital by air ambulance. A female was also taken to hospital by ambulance for her injuries, which are considered serious.

Their ages have not been released and the cause of the crash is still unknown.

Police say the investigation is ongoing and charges are pending.

TSU on scene at a serious MVC on Road 116 Wellesley Township.
Roadway will be closed for a few hours while officers investigate. The RPV will be in the air to assist with scene measurements. @WRPS_RPV@WRPSToday pic.twitter.com/uMfUH8GAaX