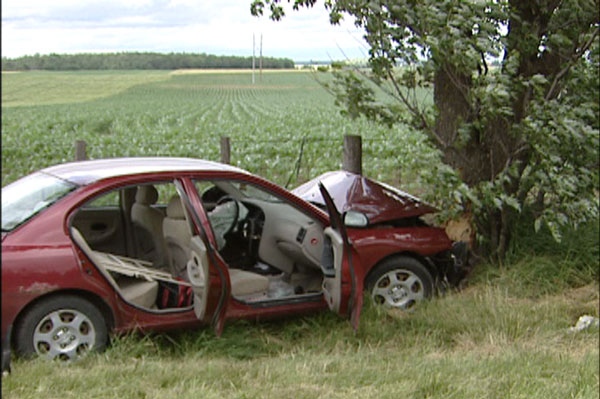 A mother and child are in two separate hospitals following a crash in Wallenstein. Wallenstein is located about 20 kilometres northwest of Waterloo.

A 43-year-old Waterloo woman driving one of the cars lost control and hit a tree. She was airlifted to hospital in London.

Her six-year-old son was taken by ambulance to Kitchener's Grand River Hospital, and then transferred by air ambulance to Hamilton.

"At this point the road conditions don't appear to be a factor" says Sgt. Mike Hinsberger with Waterloo Regional Police. "The cause of the crash is still under investigation."

Police say the 56-year-old Guelph woman driving the other car was not hurt.

Police blocked off part of the highway for four hours to investigate.