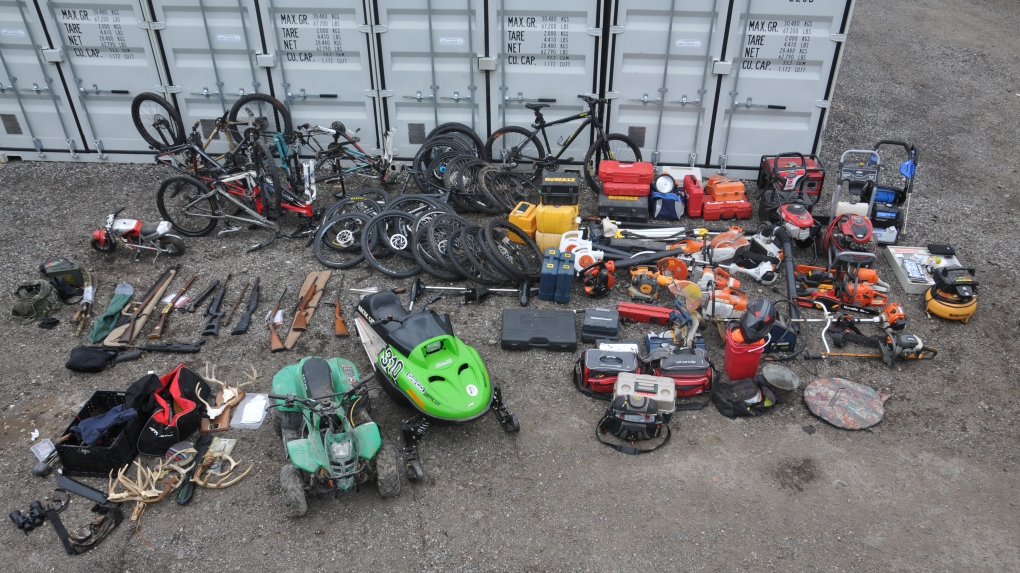 More than $300,000 worth of stolen items in a break and enter investigation. (@WRPSToday / Twitter)

A man and woman from Kitchener have been charged in a substantial break and enter investigation that saw more than $300,000 in items being taken.

Waterloo Regional Police issued a search warrant at a storage container in the area of Riverbend Drive on Friday.

That’s where they say they discovered the stolen goods.

Officers say the property was stolen during various break and enters within Waterloo Region over the past several months.

Here is some of the property they found:

Ten firearms, seven of which were loaded

The man, 34, and woman, 36, are charged with several offences, including possession of stolen property and firearm-related offences.

The pair was also charged in connection to stolen property found at a rural location back in April.

The total value of stolen property and damages from both incidents is more than $750,000.

Police say the property has been returned to its owners.