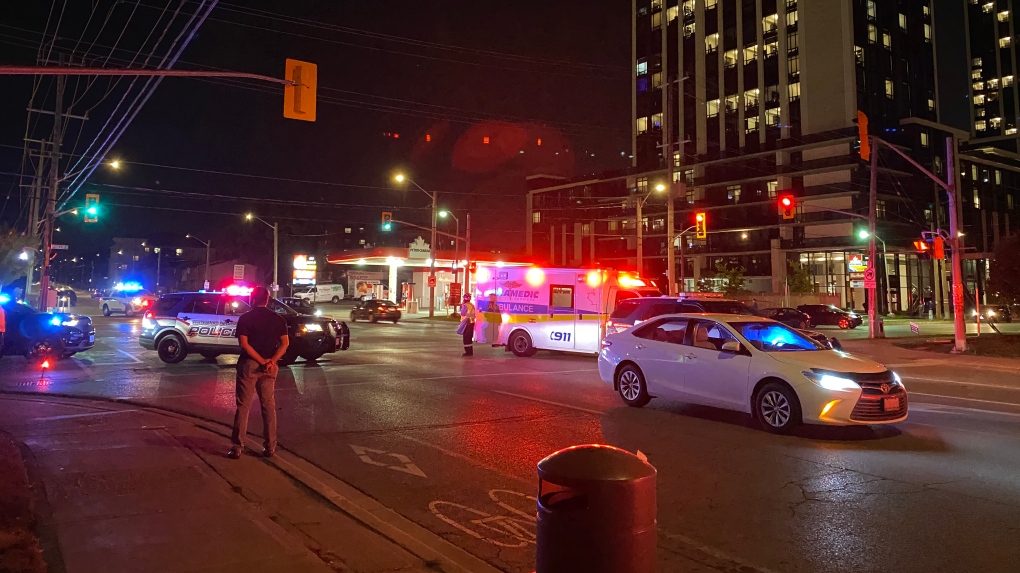 KITCHENER -- Police say two pedestrians were hit by a vehicle while crossing a Waterloo street on Thursday night.

Officers were called to the crash at the corner of Columbia and Phillip Streets around 8:50 p.m.

Police at the scene said a vehicle was turning onto Columbia Street when it hit two pedestrians crossing the street in a crosswalk.

The driver, a 41-year-old Waterloo man, has been charged with turn not in safety.

The investigation is ongoing. Anyone with information is asked to contact police and Crime Stoppers.