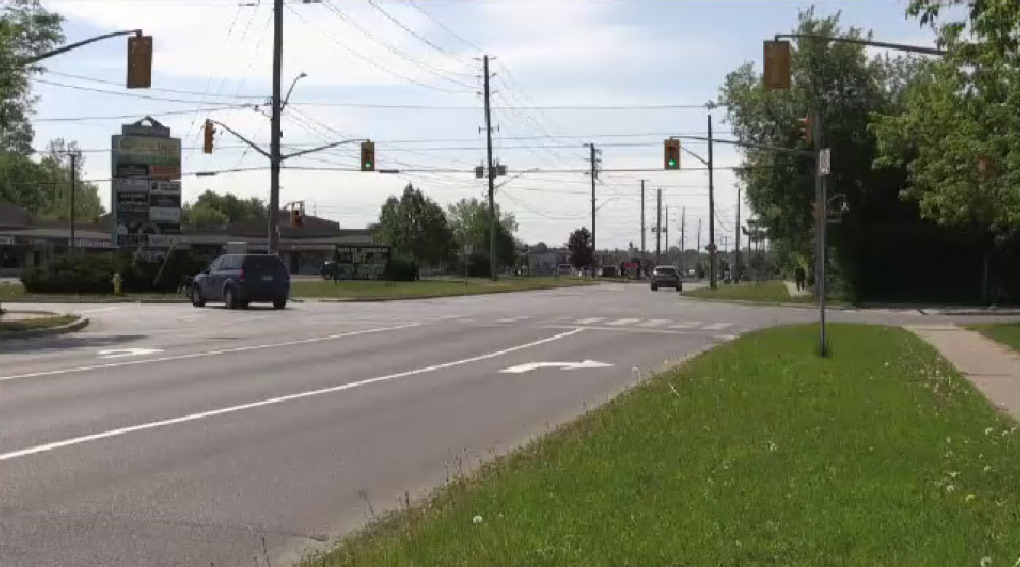 The intersection of Avenue Road and Elgin Street North in Cambridge. (Johnny Mazza/CTV Kitchener) (May 24, 2021)

KITCHENER -- Waterloo regional police are looking for two motorcyclists they say sped by them, crashed, and then ran away on foot.

An officer spotted the two motorcycles traveling at a high rate of speed on Avenue Road in Cambridge around 5 a.m. on Monday, according to officials.

Police say that when the officer turned on their emergency lights, the motorcyclists accelerated and lost control at the intersection of Elgin Street North before fleeing the area on foot.

According to officials, both motorcycles were severely damaged and had unauthorized plates attached.

Anyone who may have witnessed the incident or has video of the area is asked to contact Waterloo Regional Police Service.