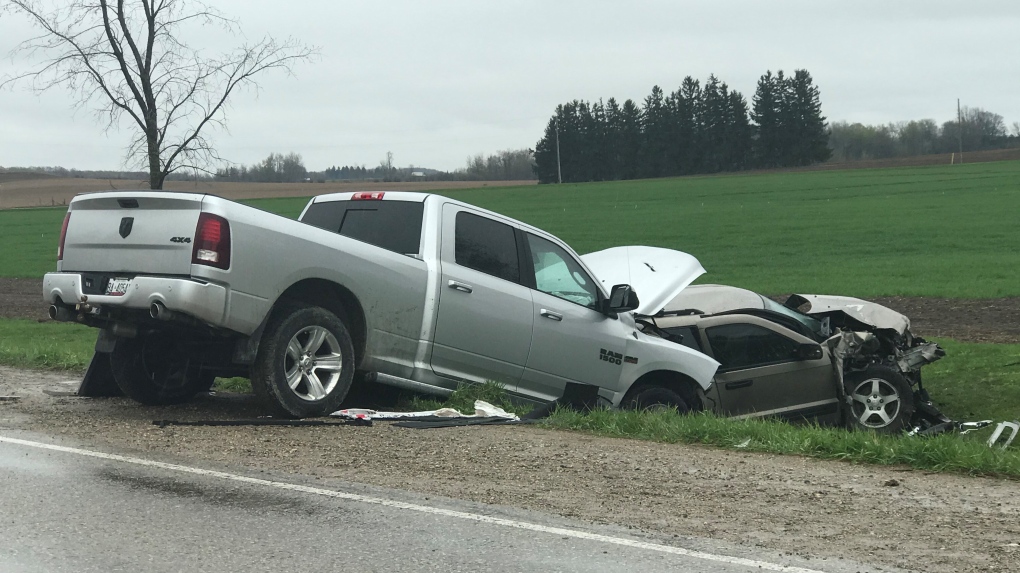 The OPP tweeted about the crash around 1:45 p.m. They said it happened on Wellington Road 109.

A portion of the road was closed while police investigate.

Officials said a pick-up truck and SUV collided head-on. One driver was hospitalized with non-life-threatening injuries and the other was transported to a trauma centre in Hamilton with serious injuries.

Ornge Air Ambulance officials confirmed they were asked to pick up a patient following the crash, but said they weren't able to respond due to the weather.

The cause of the collision is under investigation.

#WellingtonOPP and @mintofiredept are on scene of a serious collision on Wellington Road 109 south of #Harriston @TownofMinto . County Rd 109 is closed between 6th Line and Beehive Lane ^km pic.twitter.com/lSWnmuMVNd