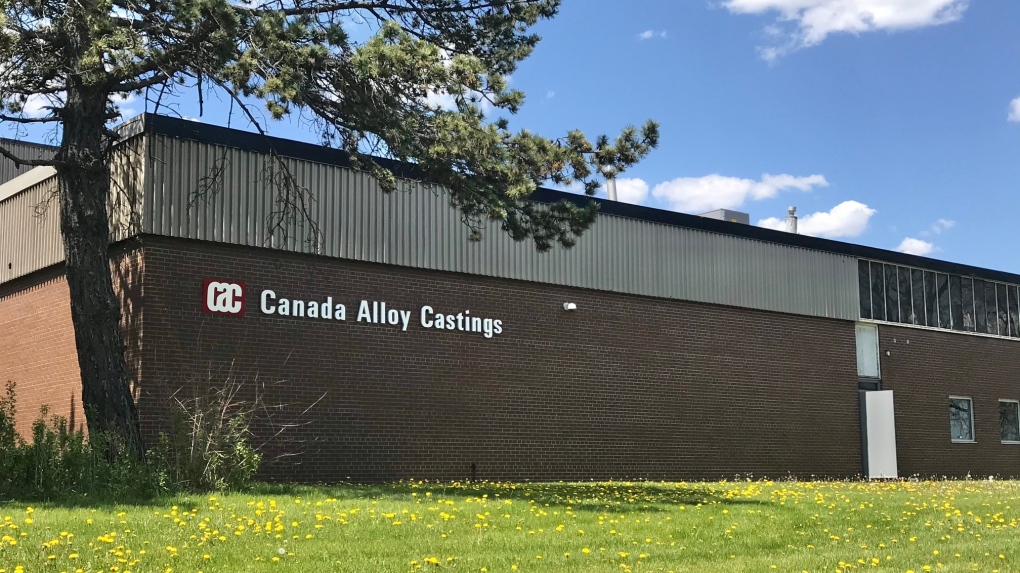 KITCHENER -- Two people were taken to hospital after a fire at a Kitchener factory on Friday.

Crews were called to Canada Alloy Castings on Manitou Drive around 11:40 a.m. Officials said the fire started in a machine in the facility.

The company creates castings for the oil and gas industry and there was an issue with a machine during the cooling process.

The fire was contained to that machine.

The Ontario Fire Marshal and Ministry of Labour are both investigating.

Work can resume at the facility once the investigation is complete.

On scene at a business near Manitou Drive in Kitchener for reports of a fire.

The building has been evacuated.

More information will be released when available. pic.twitter.com/9OGRIOzHek