Initial reports of the crash, in Guelph/Eramosa Township, indicated that a black SUV and white pick-up truck collided, OPP said in news release. 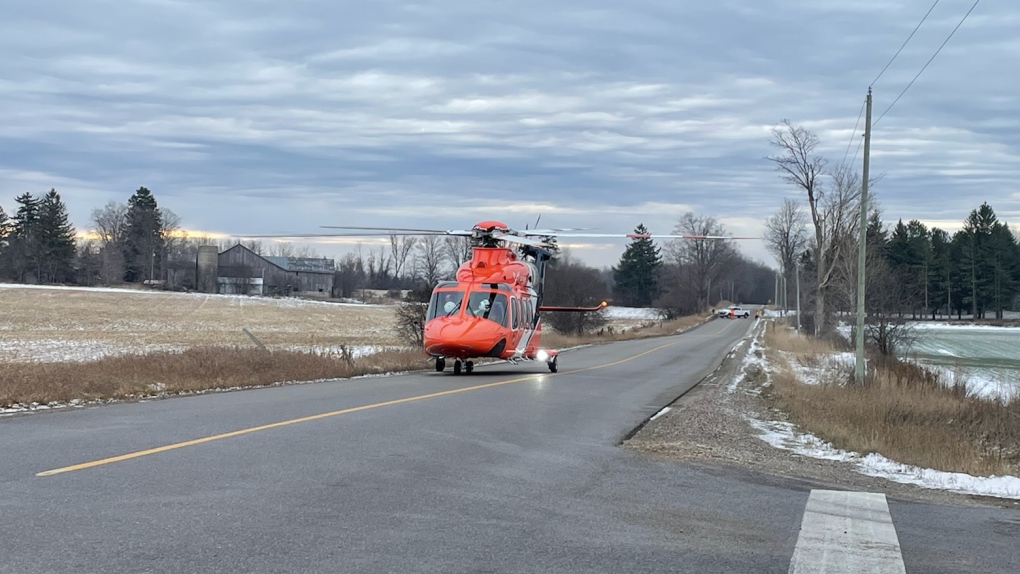 The cause of the collision is being investigated. Anyone who may have witnessed the crash is asked to contact Wellington County OPP.

The road reopened by 11 a.m but police cruisers remained on scene.

A Canadian-led study of a new potential antiviral therapy shows a single dose can help cut the risk of hospitalization and death from COVID-19.

Are video games good for kids' brains or bad for them? New research suggests the answer is 'neither'

A small new study has found that neither the frequency of daily gaming reported by pre-teen children nor the specific video game genres they chose to play were linked with their performance on a standardized cognitive tests.

Canada deployed a disaster assessment team to Turkey on Wednesday in the wake of a devastating earthquake that's killed thousands, as the federal government faced criticism that the window to help with rescue efforts was closing.

'It was a nightmare': 2 children dead, driver charged after city bus crashes into Laval daycare

Two four-year-old children are dead and a man has been charged with first-degree murder after a driver crashed a city bus into a daycare in Laval, Que. Wednesday morning. The driver, 51-year-old Pierre Ny St-Amand, was arrested at the scene and faces two counts of first-degree murder and several other charges.

Alphabet Inc. lost US$100 billion in market value on Wednesday after its new chatbot shared inaccurate information in a promotional video and a company event failed to dazzle, feeding worries that the Google parent is losing ground to rival Microsoft.

Indigo's payment systems and online store are down after a 'cybersecurity incident,' the company announced on Wednesday evening.

Netflix Canada is rolling out its long-anticipated plans to crack down on password sharing, saying it will begin notifying Canadian users today by email about limitations.

The officer who pulled Tyre Nichols from his car before police fatally beat him never explained why he was being stopped, newly released documents show, and emerging reports from Memphis residents suggest that was common.