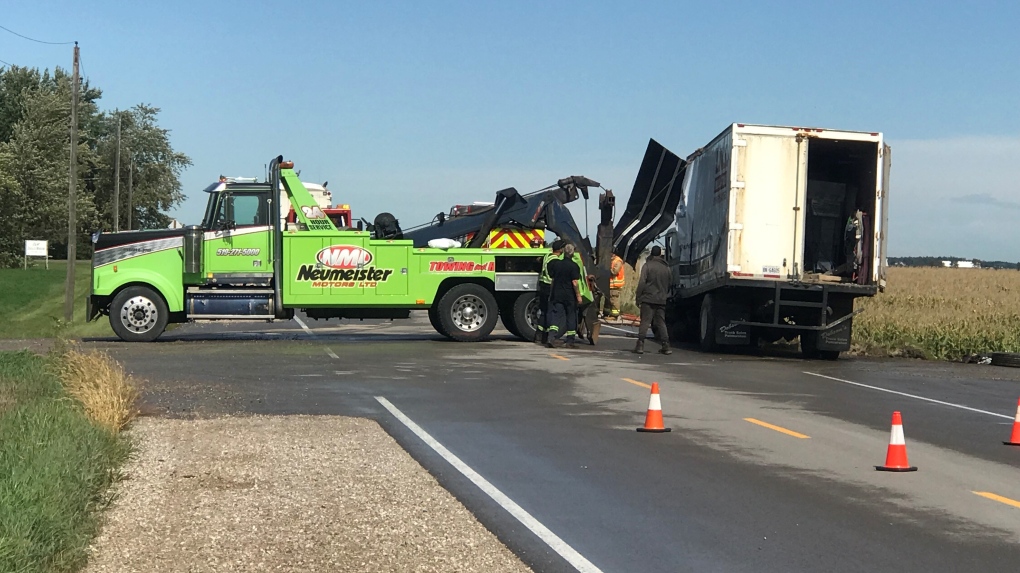 The aftermath of a crash in North Perth. (Dan Lauckner/CTV News Kitchener)

Two drivers have been transported to hospital with minor injuries after two commercial vehicles crashed in North Perth, according to Ontario Provincial Police.

In an email on Wednesday just after 3 p.m., OPP said the crash happened just after 8:00 a.m. this morning.

A photo posted to the OPP West Region Twitter account appeared to show two trucks that had crashed. The two trucks were both partially off the road.

OPP closed the road in the morning, and reopened it just after 9:30 p.m.