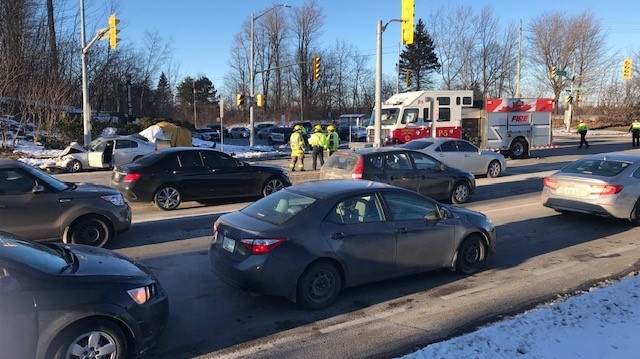 Waterloo regional police have charged two people in connection to a Kitchener crash this past February that left one person dead.

Emergency crews were first called to collision at Fischer Hallman Road and Victoria Street around 3:50 p.m. on Feb. 3.

Officials say a driver turning left at the intersection was hit by another driver heading west on Victoria.

The 25-year-old Kitchener man, who was a passenger of the vehicle turning left, was pronounced dead at the scene. The two drivers were taken to hospital with injuries.

Police have since charged the driver of the vehicle turning left, a 25-year-old Kitchener woman, with careless driving causing death.

The investigation is ongoing. Anyone with further information is asked to contact Waterloo Regional Police Service.