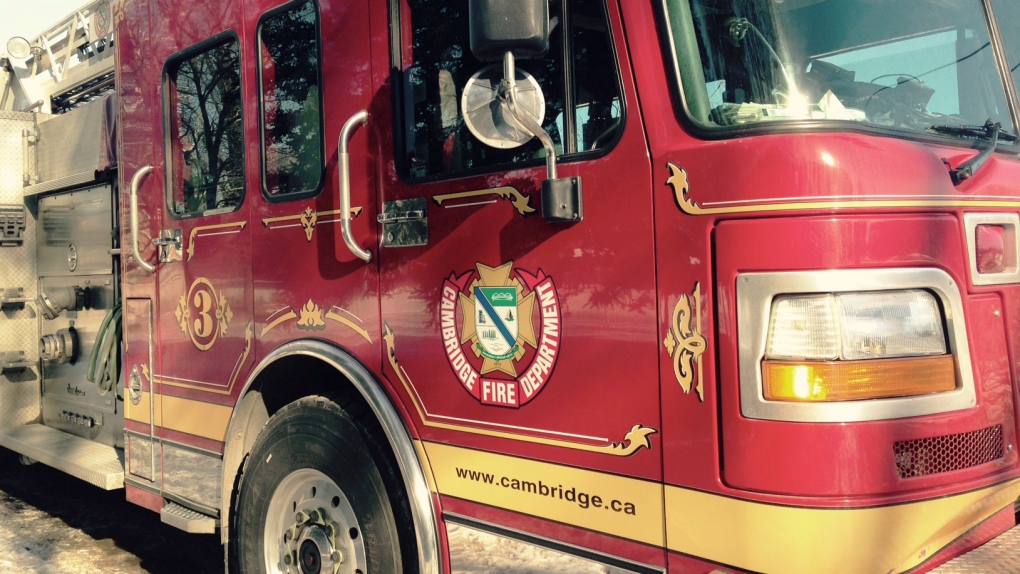 A Cambridge Fire Department vehicle is seen on Wednesday, Jan. 28, 2015.

KITCHENER -- A COVID-19 outbreak has been reported at one of Cambridge's fire stations after two firefighters tested positive.

The city announced the cases and outbreak on Tuesday, noting that an outbreak is declared after two or more cases have a link to a workplace and where it's reasonable that transmission occurred there.

Anyone who is identified as a high-risk contact will be notified and asked to get tested and self-isolate. The city said that the fire stations are being deep-cleaned and sanitized.

"Fire stations are not open to the general public, and firefighters who respond to calls are in full personal protective equipment for everyone’s safety at all times," a news release from the city read in part.

"Please note that service to our community and regular response operations will not be impacted."

No other information will be released in order to protect the privacy of those involved, the city said.

The number of active cases in the region has multiplied by almost five times since the start of November, rising from 116 to 561 in a matter of weeks.

From allergies to mercury misinformation: Your COVID-19 vaccine questions answered

Federal deficit on track to exceed $381B, as spending increases in wake of second COVID-19 wave

Most Canadians aren't worried other countries will get COVID-19 vaccine first: poll

Ontario records another 1,700 new cases of COVID-19 as testing slumps

To shave or not to shave: How do beards impact the effectiveness of face masks?

Married decades, dead in a minute: Long-married couple die of COVID-19 together

The COVID-19 'long-haulers' behind a global patient movement

Virtual celebrations and outdoor parties: How the office Christmas party will be different this year