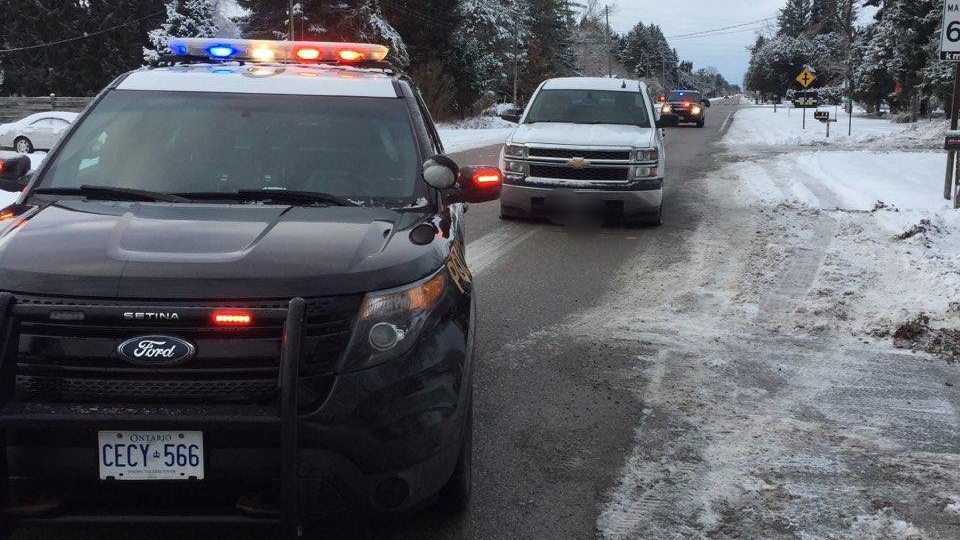 Police indicated that they were able to team up with OnStar to stop a stolen truck. (@OPP_WR / Twitter)

Police were able to stop a pickup truck by using a spike belt to deflate the vehicle's tires.

The pair faced a number of charges relating to the incident.

In a photo released on Twitter, police showed a knife and pills recovered in the process.

Another photo showed the effects of the spike belt after pieces were lodged in the tire.

Police indicated that they were able to partner with OnStar to stop the thieves.