Two arrested after shooting near Ingleside Drive in Kitchener: WRPS

Two men have been arrested after a shooting in the Ingleside Drive area of Kitchener.

Around 2:40 p.m. Wednesday, police say they responded to the area for reports of shots fired.

According to a release, a group of individuals were involved in an argument where one man suffered a gunshot wound and another man was assaulted.

Police say both men were transported to hospital, one with serious but non-life-threatening injuries and another with minor injuries.

A firearm was recovered as part of the investigation, police say.

Two men, 23 and 22, both from out of region, were arrested and are charged with weapons-related offences.

Wednesday afternoon, an ambulance and a forensics team could be seen in the area.

Police also closed off Hazelglen Road at Mooregate Crescent and surrounded a silver Lexus with noticeable damage parked on the curb. It's not clear if the vehicle was involved in the shooting, but it was towed away early in the evening.

A number of residents tell CTV News a silver car sped away from the scene after the shooting.

"There were three, distinct, loud crashes and smashing glass and screaming," said Andy Pettifer, who lives nearby. "I opened my window to see what was happening and I saw a policeman chasing a suspect, extending a pistol at him, telling him to get onto the sidewalk, which he did. The policeman went up to him and handcuffed him." 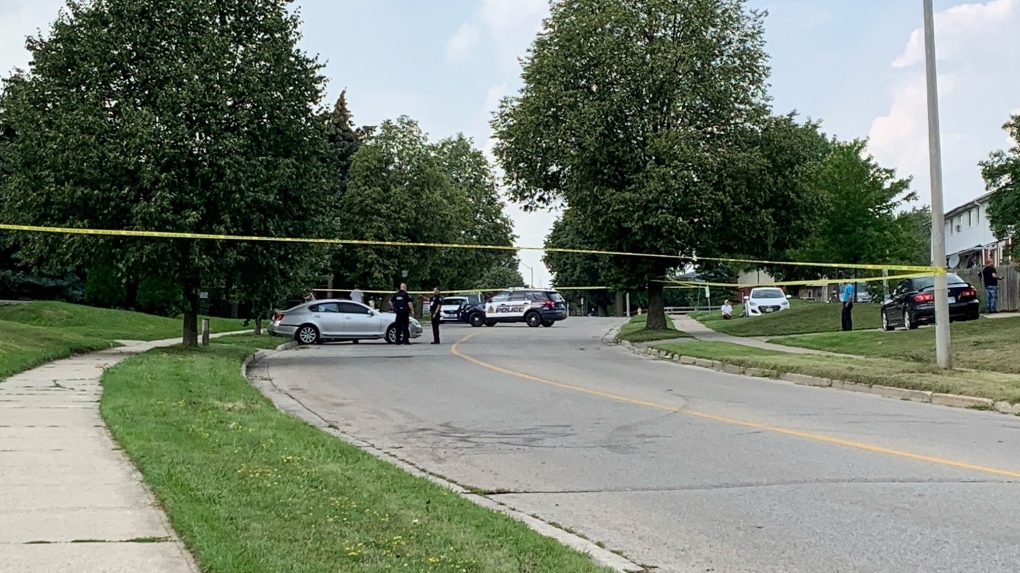 Waterloo regional police are on scene at Ingleside Drive in Kitchener for reports of shots fired. (Natalie van Rooy/CTV Kitchener)

One resident who lives nearby said the incident is shocking.

"I was just sitting in my living room when I heard police cars, sirens and it seemed like there was some kind of a chase happening," said Andy Pettifer, who lives in the area.

He said he heard three loud crashes, smashing of glass and screams.

"I opened my window to see what was happening and I saw a policeman chasing a suspect, extending a pistol at him, telling him to get onto the sidewalk, which he did," Pettifer said. "The policeman went up to him and handcuffed him. The suspect was carrying a bag of something then he was escorted away in handcuffs."

Sarah Fabick says her two daughters were playing outside when shots were fired.

"They came running in and said 'Mom somebody got shot' and I said 'what do you mean somebody got shot?'" she said. "And they said 'no I'm serious.' Then I came out and sure enough that was the case.

"What if there was a kid behind were you were shooting or what if one of mykids turned the corner as...just why? So many kids. I'm scared." 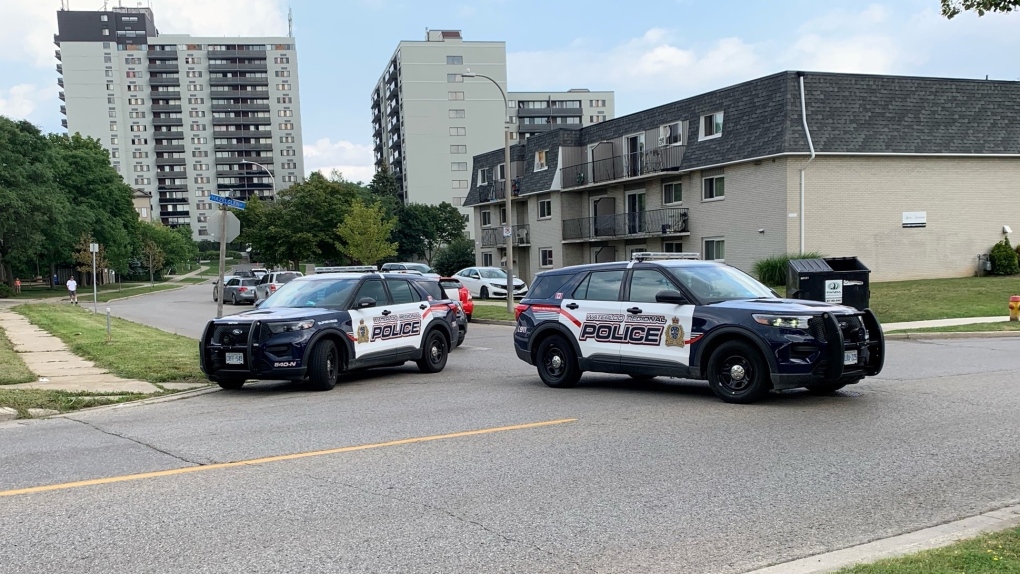 Waterloo regional police are on scene at Ingleside Drive in Kitchener for reports of shots fired. (Natalie van Rooy/CTV Kitchener)

Officials say to expect an increased police presence in the area throughout Wednesday evening while a canvass is being conducted.

The incident marks the second shooting in just three days in Kitchener and the seventh shooting in Waterloo Region this year.