There has been a number local of incidents where trucks have hit bridges within the span of just over a week and it is causing concerns for driving instructors, community members and police.

The store manager at Swanson’s Home Hardware in Kitchener said he heard the latest crash in front of his store on Monday.

He described it as a loud crunch, when a truck failed to get under the Park Street rail bridge. He said it isn’t the first time.

“Three or four times in the year there's a truck stuck under it at some point,” Andrew Williams said. 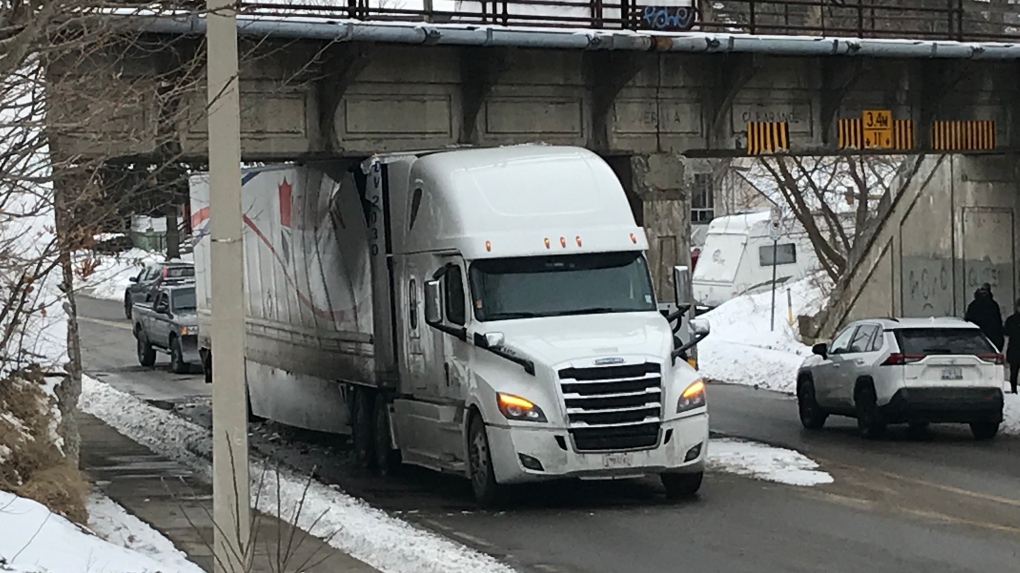 A truck is seen stuck under a rail bridge in Kitchener on Feb. 9, 2020. (Johnny Mazza / CTV Kitchener)

In 2020 a transport truck got wedged under the same bridge causing traffic to be backed up for hours.

On Wednesday, a section of Highway 403 in Brantford was closed for several hours after a tow truck pulling heavy equipment struck an overpass bridge.

Police responded to the collision at the North Park Road bridge just before 3 p.m.

“Commercial vehicle operators who are towing heavy equipment, because that seems to be the consistent factor in these bridge strikes, you have to be really cognizant of the overall height of your vehicle once you have everything loaded on top," said Cst. Conrad Vitalis of Brant County OPP. 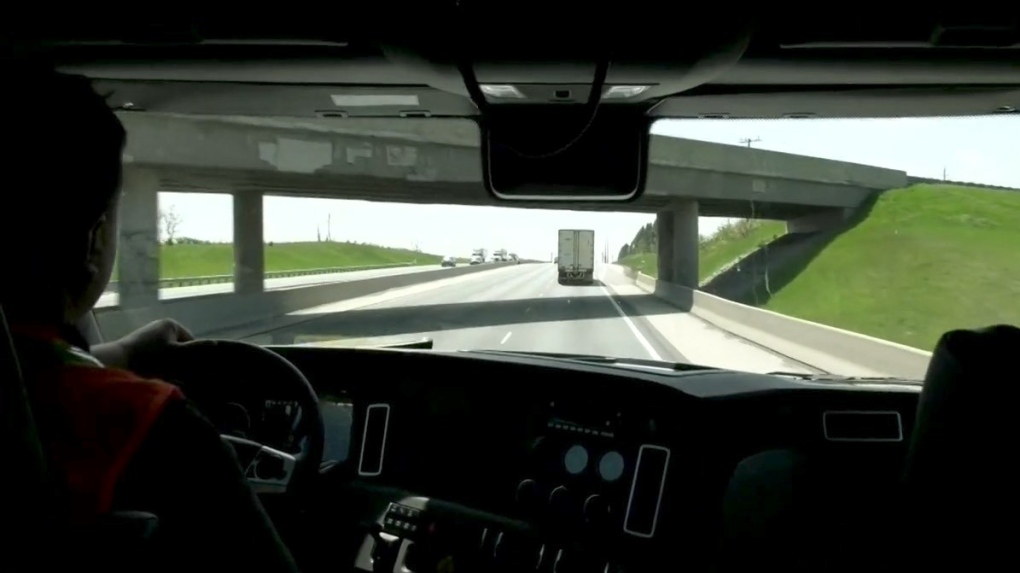 A person drives on a highway near Ayr, Ont. (Dave Pettitt/CTV Kitchener)

According to a local truck driving instructor with ten years experience, knowing your load and your route is the most important thing he teaches his students.

“You are the captain of your ship so you should know all the things about it,” said Kevin Matthews, an instructor from Ayr who works for Mill Creek Motorfreight, a Kriska Transportation Group Company.

“Drivers could tape something on the dash as a reminder to them of how high they are,” he said. “They should be taking a look down the street they want to take and see if it’s a no truck street and if there is a low-clearance sign.”

“Always comes down to professionalism,” Campbell said. “Understanding the parameters of the job, educated enough to take on the job, aware enough to remain in compliance while doing the job. Everyone that comes in contact with the process of transporting goods must never lose sight of public safety.” 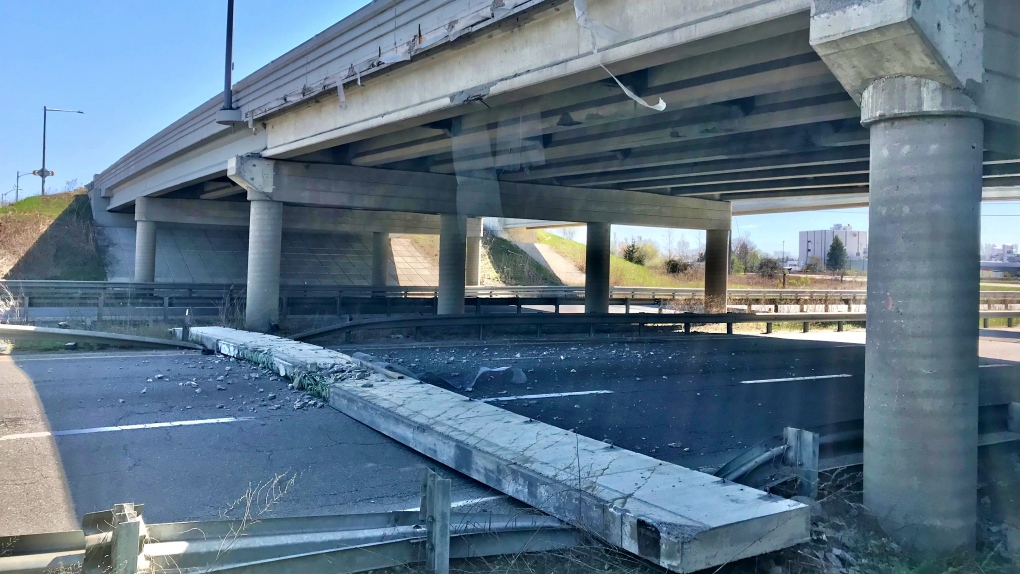 A large slab of concrete is seen on Highway 403 in Brantford after falling from the Wayne Gretzky Parkway bridge on May 9, 2022. (Dan Lauckner/CTV News)

Last week a commercial vehicle hit the Wayne Gretzky Parkway bridge. The collision caused the huge piece of concrete to fall, smashing through the guard rails as it crashed down onto the roadway.

There were no injuries in any of these incidents, but police worry it is only a matter of time before someone gets hurt in a similar incident.

“Sooner or later we're not going to be so lucky and it could end badly,” said Cst. Vitalis.

It could lead to charges.

In the incident at the North Park Road bridge on Wednesday, both the truck driver and the company were charged with having an over height vehicle under the Highway Traffic Act.

Three months since their arrival through a special evacuation program, Ukrainian families with children receiving care in hospital share their experience.

Two people are injured and a third is in custody after what RCMP describe as a 'public shooting' at a rodeo in Northern B.C. Sunday.

A Toronto woman says a dog she rescued from the Dominican Republic has been traumatized after being left in a corner of Toronto Pearson International Airport with baggage for about 21 hours.

Amid buzz around the medical benefits of magic mushrooms, a new production facility gets to work in B.C.

In southern B.C, there's a new 20,000-square-foot production facility where one particular product is generating a lot of buzz: magic mushrooms, which a handful of businesses have been federally approved to produce.

'There should have been one': N.S. mother drives son to ER after waiting nearly an hour for ambulance

A Nova Scotia mother says she had to drive her son to hospital herself on Canada Day when no ambulance showed up after more than 40 minutes.

Ohio man shot was unarmed when shot by officers: police

A Black man shot and killed by Akron, Ohio police officers in a hail of bullets following a vehicle and foot pursuit was unarmed at the time of the shooting.