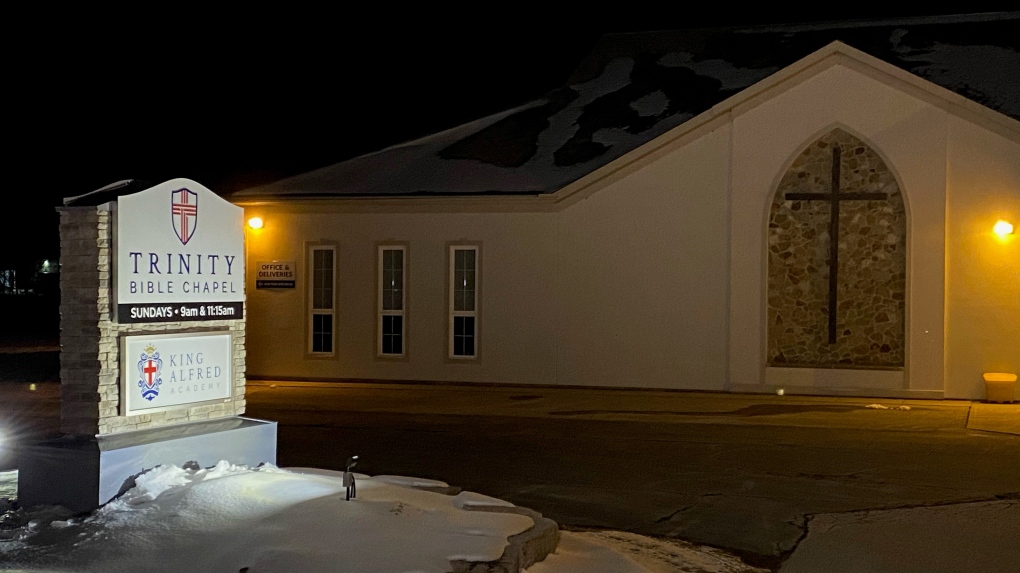 KITCHENER -- The lawyer for Trinity Bible Chapel says church elders have been fined $38,000 after they were found in contempt of court last month.

The church in Woolwich Township held in-person services with hundreds of people in attendance during the provincial lockdown. Under the Reopening Ontario Act, only 10 people were allowed to attend religious services during that time.

Pastor Jacob Reaume and other church elders were all fined for the services. They were found in contempt of court on Jan. 27.

"We expected that there would be a penalty, since the court is concerned with upholding respect for the rule of law and enforcing compliance with its orders," a statement from the church's lawyer, Lisa Bildy, said in part.

Bildy said the church has now filed a motion to set aside the enforcement order because putting a 10-person limit on religious services is "unconstitutional and not justified."

Six members of the church were fined on Dec. 31 for having gatherings exceeding the limit under the Reopening Ontario Act. More charges were laid on Jan. 7. The church held drive-in services on Jan. 10, but hosted large in-person services on Jan. 24.

Bildy said in court on Jan. 17 the church would suspend in-person services for the remainder of the lockdown.