That's the advice Jeff Gates has for anyone planning to visit a passport office this week.

On Wednesday, he showed up at the Kitchener location at 4:12 a.m. and found 20 people already lined up outside.

By the time the Frederick and Weber Street office opened at 8:30 a.m. there were approximately 150 people waiting to file inside.

"My daughter was here Monday, and she showed up at 7 a.m. and was told she wouldn't get in," Gates told CTV News. "So we decided today to show up much earlier."

He said his daughter is a student at the University of St. Andrews in Scotland.

"We're a little concerned that if she doesn't get her passport in time, she won't be able to get ready for school this fall. She goes back [and] starts classes on August 29."

The people at the front of the line on Wednesday told CTV News they arrived around 3 a.m.

One man, who was fifth to get in, said he was at a passport office in Toronto around 1 a.m. but he "didn't like his chances" so he traveled to the Kitchener location. 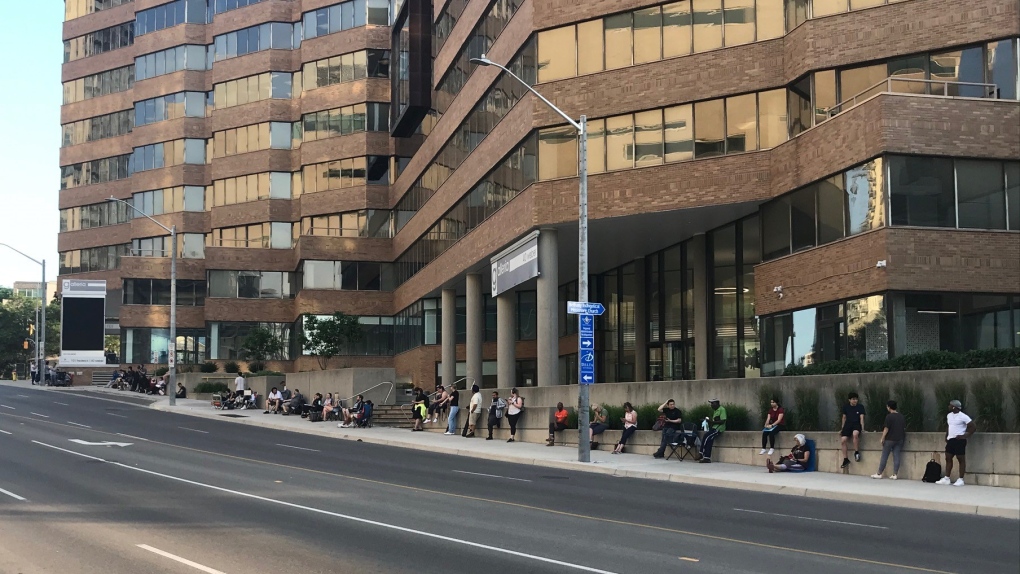 Brady Campbell joined the line at 7:30 a.m. He told CTV News he needed to travel to Michigan in two weeks for a baseball tournament.

Those waiting outside were let into the building around 7:30 a.m., a full hour before the passport office officially opened.

The demand for passport applications has soared in recent months as Canada and other countries around the world lifted their COVID-19 pandemic restrictions.

Some aspiring travelers have had to reschedule or cancel their plans as they face long lines at their local passport offices. There are even people offering to stand in line for passport applications – for a price.

One Vancouver woman said she purchased a round-trip flight to Edmonton in order to get her documents ahead of a Las Vegas trip. 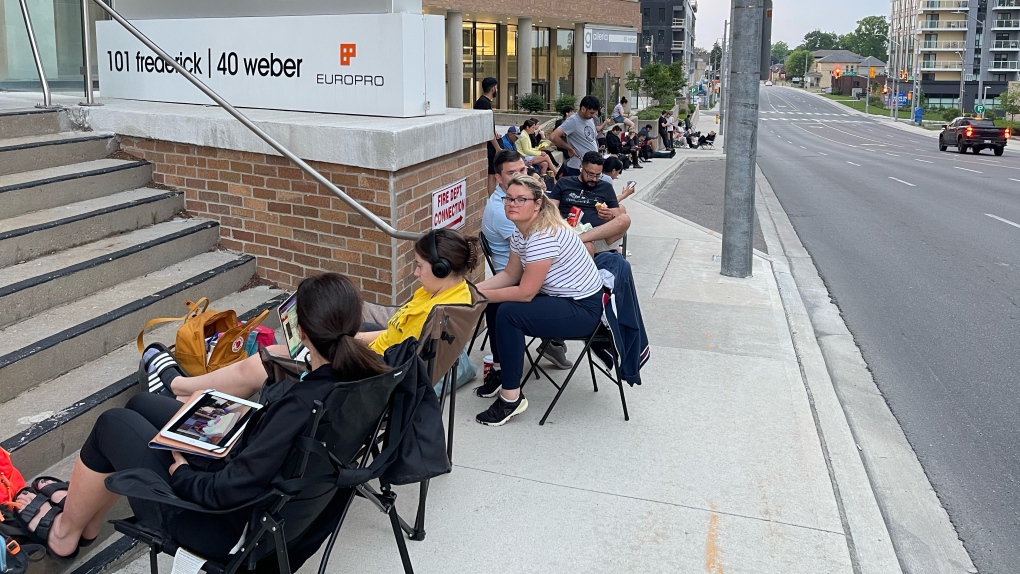 NEW 'TRIAGE SYSTEM' ON THE WAY

On Thursday, Karina Gould, Minister of Families, Children and Social Development said improving passport processing was “a top priority for the government of Canada.”

“I share the frustration of Canadians and want to reiterate that these lineups, waits and uncertainty are unacceptable,” Gould said in a statement.

Gould said Service Canada is also implementing a new “triage system” to help the lineups move faster. The system will be in place starting Monday at offices in Toronto and Vancouver and extended to other cities in the near future. It’s not clear if or when it will be introduced in Kitchener.

"These wait times are far from normal, and we know many people have been put in very difficult and stressful circumstances," Service Canada told CTV News in an email statement.

They said employees have been working overtime and on weekends to address the increased demand, they have hired 600 additional staff members and added new hubs across the country. The agency also said they've launched an appointment-booking tool and started publishing approximate passport wait times.

They are urging Canadians not to make travel commitments before they have their passport.

Russia struggling to replenish its troops in Ukraine

As Russia continues to suffer losses in its invasion of Ukraine, now nearing its sixth month, the Kremlin has refused to announce a full-blown mobilization — a move that could be very unpopular for President Vladimir Putin. That has led instead to a covert recruitment effort that includes using prisoners to make up the manpower shortage.

The GOP response to the FBI's search of Donald Trump's Florida estate this week was an especially stark example of how the party is keeping Trump nearby.