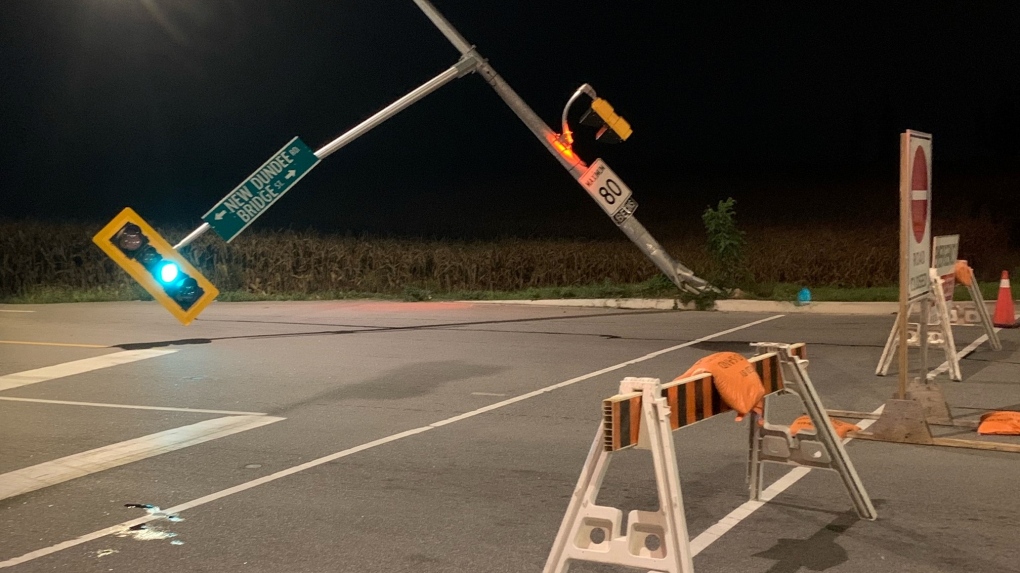 The roads were closed for several hours due to downed power lines.

Officers were called to the scene around 6:30 p.m.

Police say the truck driver clipped the light pole on a right turn and has been charged.

The fallen light pole also had a traffic light attached to it.