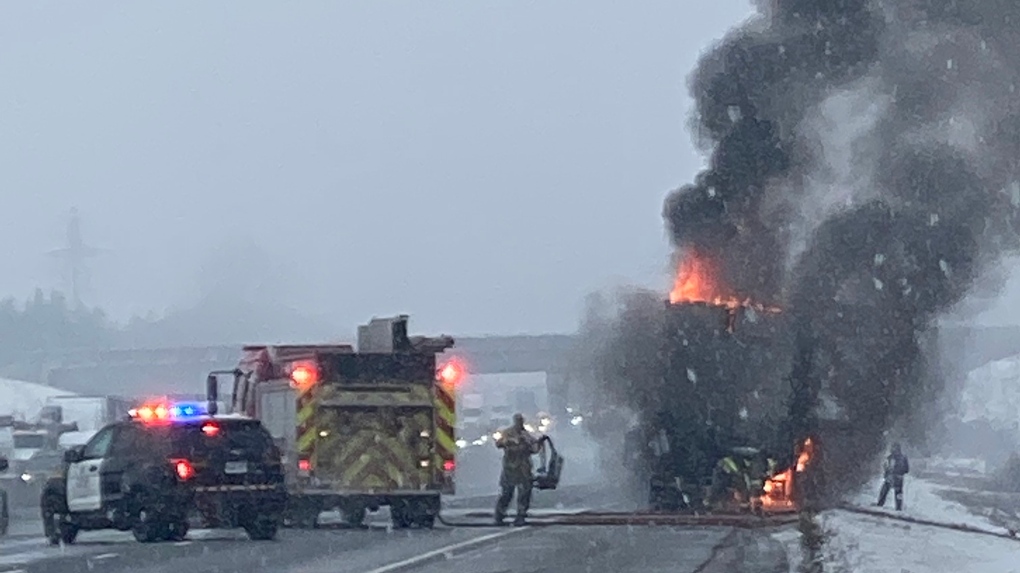 On a day when emergency crews were busy dealing with weather-related crashes on the road, one transport truck fire was causing delays on Hwy. 401.

OPP tweeted around 4 p.m. Wednesday that a transport truck loaded with paper had caught fire on the westbound side between the north and south exits of Hwy. 6 near Guelph.

At the time, two lanes of traffic were blocked.

About an hour later, police confirmed the fire was out and only one lane of traffic was blocked.

Officials say the offloading of the burnt paper rolls will take several hours.

Police have not yet said what caused the fire or if anyone was hurt.

Update: The fire is out, two lanes are open, just the one right lane is blocked. Offloading of the burnt paper rolls will take several hours. pic.twitter.com/qVFzVLRX2h

Leading economic powers conferred by video link with Ukrainian President Volodymyr Zelenskyy on Monday as they underscored their commitment to Ukraine for the long haul with plans to pursue a price cap on Russian oil, raise tariffs on Russian goods and impose other new sanctions.

After years of playoff disappointments, the Colorado Avalanche are back atop hockey's mountain with a 2-1 Game 6 win against the two-time defending Stanley Cup champions Tampa Bay Lightning.

Ukrainian President Volodymyr Zelenskyy addressed G7 leaders virtually at their summit in Germany as they discussed the threat to global stability posed by Russia's invasion of his country.