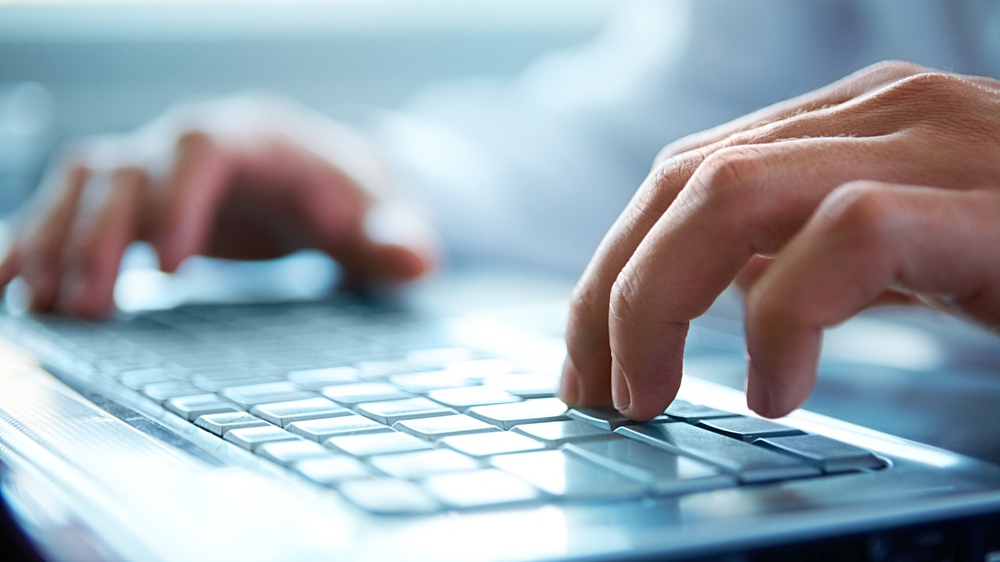 An employee types on a computer keyboard (Pressmaster/shutterstock.com)

KITCHENER -- A virtual workshop on the process of name changes and gender marker changes in Ontario was hacked by acts of hate last week.

According to members of Waterloo Region Community Legal Services, the non-profit organization was hosting a virtual legal education session through Zoom on March 31, when they were “Zoom-bombed” with hateful messages.

Community Development Worker Angie Pham said the attack happened about 30 minutes into the presentation, which was held on the 32nd annual Transgender Day of Visibility.

“The perpetrators used over 50 usernames and flooded into our session, though not given permission to bypass our waiting room settings, they began displaying disturbing images, phrases, they drew pictures, they shared videos on the screen,” said Pham.

Pham said the group posted racist, anti-Semitic, and transphobic hate in the session. She said this happened despite the meeting being set to only hosts being able to screen share.

“When this happened our presenter and staff lawyer Rachael Lake stopped sharing the screen and I began to remove the people from the meeting room as quickly as possible,” said Pham.

Pham explained that it appeared they had stopped the perpetrators, but after about a minute they came back into the meeting room and continued to write the hateful messages and draw images.

“We then decided to stop the workshop completely,” said Pham.

The group said for this workshop they did not enforce registration for users, due to some of the barriers people may face when it comes technology, as well as for those who wish to stay anonymous.

Pham said the attack proves to them that a lot of work still needs to be done to eliminate transphobic hate and discrimination all together.

“During this pandemic we have been exploring ways to stay connected with our community through the use of technology and have been using Zoom as our platform for our public legal education workshops, we had never encountered such an incident leading us to think that this attack was in correlation to the topic and audience of our workshop,” said Pham.

Pham said the group has since reached out to Zoom for support to understand who the perpetrators were and they also plan to reconfigure their safety measures to ensure this doesn’t happen again. The group also said they would likely enforce registration to keep attendees safer, while still maintaining confidentiality.

Waterloo Region Community Legal Services said they have also filed a report with Waterloo regional police and plan to pass along recorded video of the workshop.

“We understand this workshop was supposed to be a safe place and we feel so distressed that our session was inadvertently a source of trauma for the people attending,” said Pham.