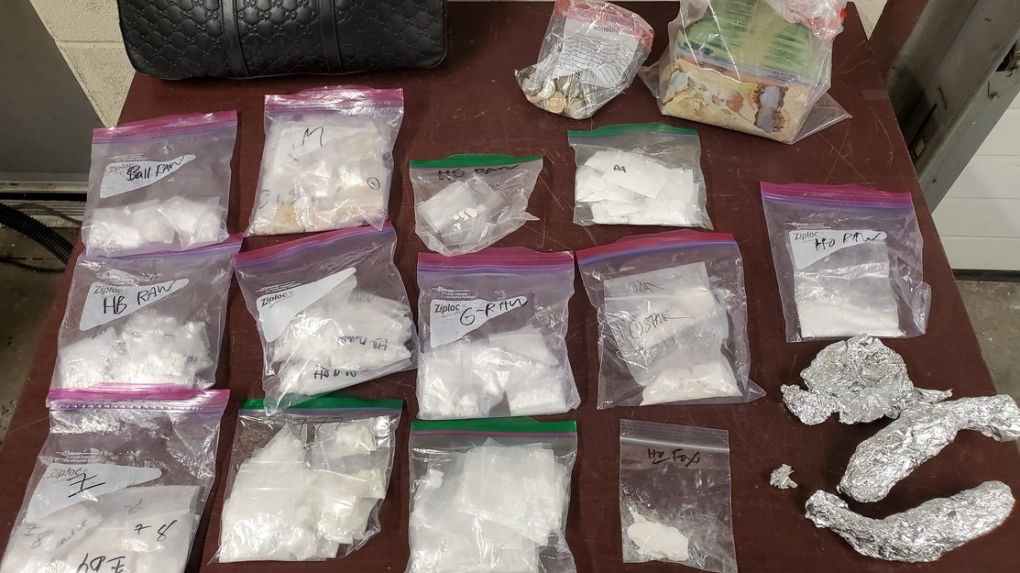 KITCHENER -- A Kitchener man is facing a number of drug trafficking charges following a traffic stop on Sunday.

Police say that officers pulled over a driver on Kingsway Drive in Kitchener at 12:40 a.m. as part of a drug trafficking investigation.

During the traffic stop, officers say they seized 650 grams of cocaine, 110 grams of suspected fentanyl and a large amount of cash.

Police are reminding the public that if you suspect drug trafficking in your neighbourhood you can report is anonymously to Crime Stoppers at 1-800-222-8477.