Tractor trailer and sedan involved in Hwy. 401 crash in Kitchener 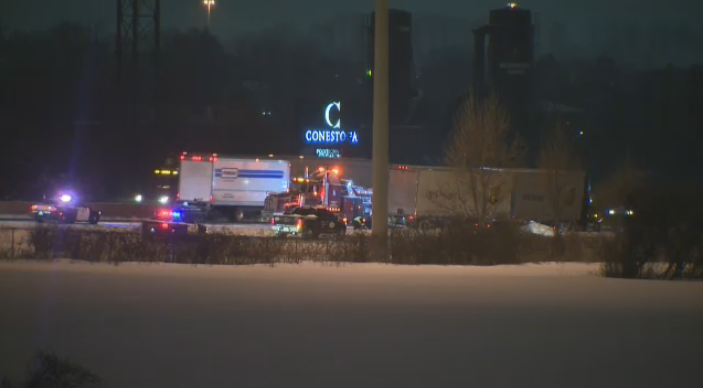 KITCHENER -- A collision involving a sedan and a tractor trailer shut down the eastbound lanes on Hwy. 401 in Kitchener Thursday night.

Emergency crews were called to the scene just off of the northbound Homer Watson Boulevard on-ramp around 9 p.m.

Police say the transport truck flipped over in the collision, while Kitchener Fire say they were called in because the sedan caught fire.

The driver of the transport was not hurt and the sedan driver was taken to hospital with minor injuries.

All eastbound lanes were closed at 9 p.m., but fully reopened around 2 a.m.