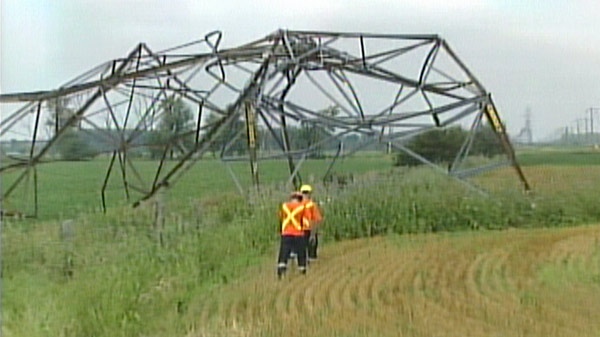 A day after a major storm, damage is visible in Enniskillen Township, southeast of Sarnia, Ont. on Sunday, July 24, 2011.

Meteorologist Marie-Eve Giguere says a ground inspection in the area of Forest Road, and Lasalle and Churchill Lines determined the area was hit by a combination of a tornado and a downburst.

Officials have not determined the strength of the tornado.

The strong winds damaged as many as five steel transmission towers and 20 wooden poles. Power was knocked out to as many as 13,000 customers at one point.

Some farm buildings and trees were also damaged. No injuries were reported.