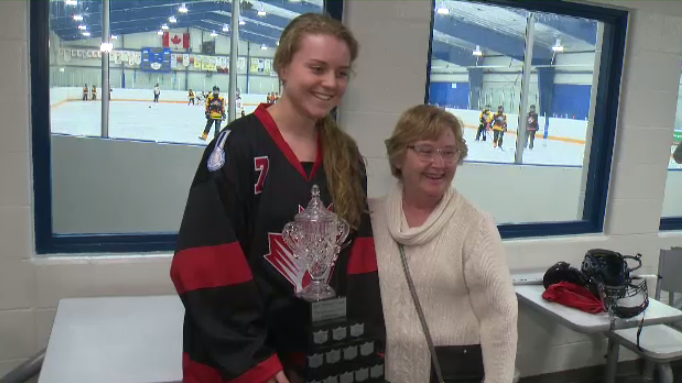 The world junior championship trophy was on display at Moses-Springer Arena on Monday night.

KITCHENER -- One of the top trophies in the world of ringette was in Waterloo on Monday night.

The world junior championship trophy was on display at Moses-Springer Arena.

Several members of team Canada, who were crowned world champs last November, were showing off their hardware and meeting with fans.

People were also invited to come and skate with the team, in hopes of inspiring the next generation of ringette players.

"Now there are u21 players making a national team competing at the world level, so we thought it would be fun to have these younger kids to see what they can aspire to become," said Sheri Markle, head coach of Waterloo Wildfire

In total eight members of the Waterloo Wildfire represent Team Canada, with five players on the national senior team and three playing for the junior squad.