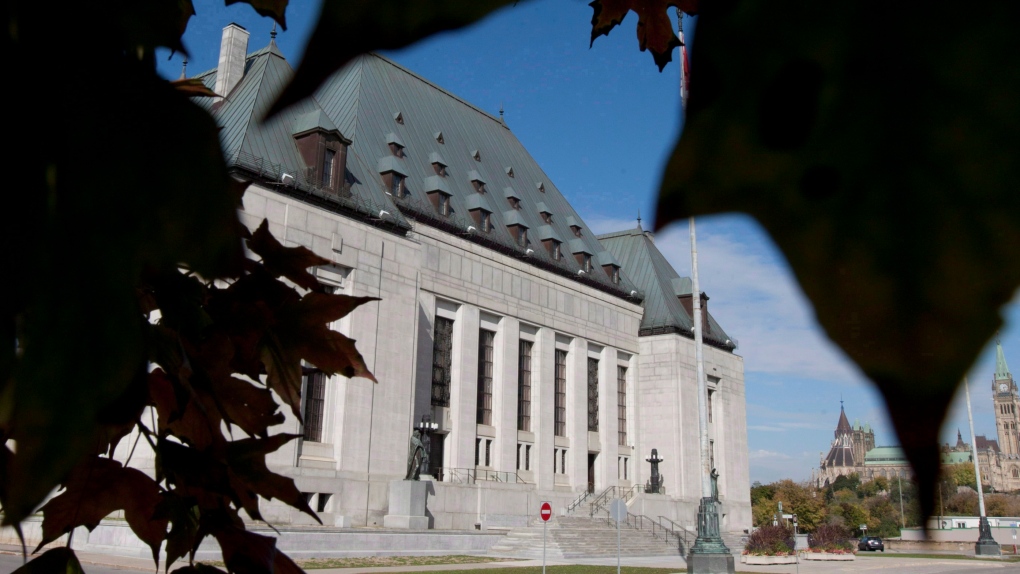 The Supreme Court of Canada is seen in Ottawa on Oct. 2, 2012. (Adrian Wyld / THE CANADIAN PRESS)

A man who argued misapplication of Canada's rape shield law had unfairly hamstrung his defence had his conviction restored on Wednesday even though the country's top court found errors in how judges had applied the provisions.

In a 5-2 ruling, the Supreme Court of Canada decided the accused had been able to defend himself properly at trial given the questions he was allowed to ask the complainant.

"The accused was not precluded from adequately testing the evidence in this case, despite the errors," Justice Andromache Karakatsanis wrote for the court. "The scope of permissible cross-examination would not have been any broader than the questioning that actually occurred."

The case arose in the early hours of Canada Day in 2013 during a family camping trip. The 15-year-old complainant maintained her cousin R.V., then 20, sexually assaulted her in the washroom. He denied any sexual contact with her.

The prosecution relied heavily on the fact that the teen, who said she was a virgin at the time of the assault, became pregnant around that time. Because she had terminated her pregnancy and the fetus was destroyed, no DNA evidence was available to prove paternity.

R.V's lawyer wanted to cross-examine her on other sexual activity to see if anyone else could have impregnated her. However, the Toronto-area application judge, who called the proposed line of questioning a "fishing expedition," refused based on Section 276 of the Criminal Code -- known as the rape shield law.

The provisions bar questions about a complainant's sexual history. The aim is to protect the person's privacy and shut down the twin myths that previous sex acts either make a complainant less credible or more likely to have consented to the sex in question.

The judge did allow R.V. to cross-examine the teen on her understanding of "virgin." Ultimately, the judge convicted R.V. of sexual interference and handed him a four-year prison term.

The Ontario Court of Appeal found the lower court had misapplied the rape shield provisions. The court found it patently unfair for the prosecution to rely on the complainant's pregnancy while barring defence questions about it. The appellate court quashed the conviction and ordered a new trial, prompting the Crown to appeal.

"Given the accused's denial of any sexual contact with the complainant, and the lack of other evidence of paternity, the ability to cross-examine (her) was fundamental to his right to make full answer and defence," Karakatsanis said.

"That said, I am of the view that no miscarriage of justice occurred. The cross-examination that was permitted and actually occurred allowed the defence to test the evidence with sufficient rigour."

In a joint dissenting opinion, justices Russell Brown and Malcolm Rowe called the majority's rationale "highly unpersuasive." R.V. was unfairly restricted in mounting a defence and the legal errors of the trial court were neither harmless nor minor, especially given that the evidence against him was not overwhelming.

"He was denied an entire process of questioning," Brown and Rowe said. "This had reverberating effects on all aspects of his defence."

"This is a case-specific decision," Savard said. "There is no new general rule or restriction on the right to cross-examine."

Lawyer Greg Allen, who represented an intervener, Ending Violence Association of Canada, said the Supreme Court has, with this and two previous rulings, provided trial judges with a road map for properly applying the rape shield provisions.