KITCHENER -- The local Indigenous community is trying to come to terms with the latest discovery of hundreds of unmarked graves at a former residential school in Saskatchewan.

Cowessess First Nation says it has found an estimated 751 unmarked graves on the grounds of the former Marieval Indian Residential School.

"I am not surprised and there will likely be more," said Lyla Bruyere, a survivor of St. Margaret's Residential School.

She's already bracing for the next discovery.

"You can't prepare yourself for it, you know it shocks you, you get triggered by it, you are triggered all the time," she said.

Bruyere spent eight years in the residential school system and now educates others about what she and so many others lived through.

"When I first started talking about residential schools, I would literally get sick or I would break down so much I couldn't talk about it anymore," she said. "But, the more I did it, the stronger I got."

Local Indigenous leaders say they're feeling overwhelming, deep sadness mixed with anger and frustration in the wake of the discovery.

"This is the time to apologize, in apologizing comes accountability, and that's what's needed to start the journey and people are waiting for that," said Donna Dubie, the founder and executive director of The Healing of Seven Generations in Kitchener. "Don't sit with the covers over your head, come forward and provide an apologist for the original people of Turtle Island." 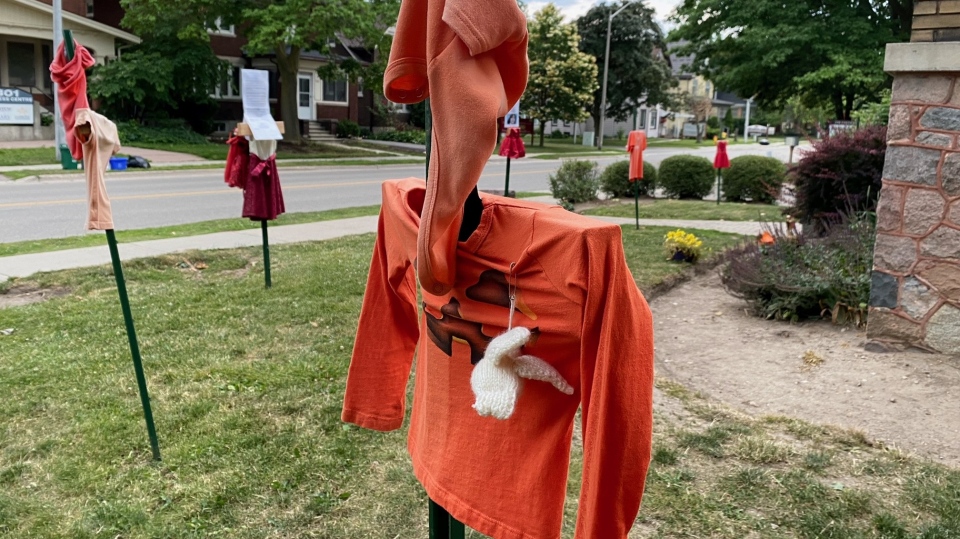 It's been just four weeks since the findings in Kamloops, B.C., but for leaders in the Indigenous communities, they say it's been a lifetime of knowledge of these atrocities, adding the rest of Canada is just now catching up.

"Why did it take a mass grave to prove that what these children, survivors, have been saying was true all along, why did it have to take that, for that to happen?" said Janis Monture, executive director of the Woodland Cultural Centre in Brantford, the site of the former Mohawk Institute.

Healing of the Seven Generations will honour the lives lost with a sacred fire starting on June 25 at 3:30 p.m. until July 1 at 2 p.m.

Anyone from the Indigenous community in need of support can reach out to the Health of the Seven Generations in Kitchener or to the Aboriginal Mental Health Services.

A list of further Indigenous mental health resources can be accessed here.