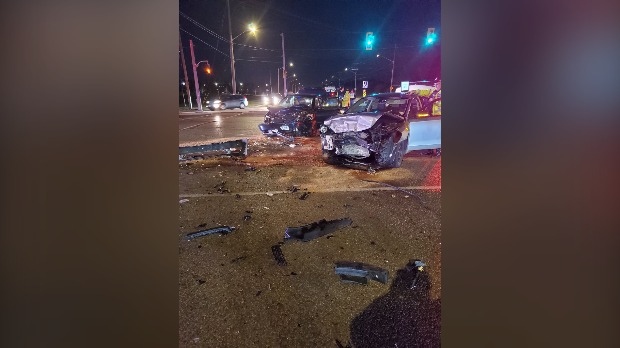 Three men were hospitalized after a crash in Kitchener on Thursday (Supplied: Waterloo regional police)

KITCHENER -- Three men have been taken to hospital after a crash in Kitchener on Thursday afternoon.

The two-vehicle crash happened at the intersection of Fairway Road and Lackner Boulevard.

Sgt. Byron Harding said the crash happened at around 4:30 p.m.

Three men were taken to hospital with serious, but non-life-threatening injuries.

Officials say they're looking into whether or not speed was a factor.

The roadway was closed while officers investigated.