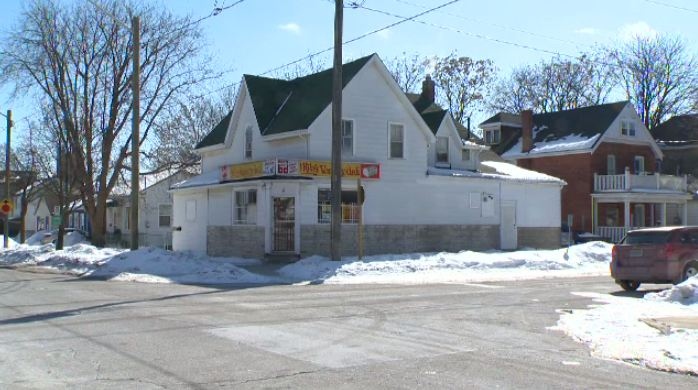 Three men are facing drug-related charges after a crack cocaine bust at a Brantford convenience store.

Police say they were investigating reports that drugs were being sold at a Pearl Street convenience store.

Officers executed a search warrant and discovered 43.5 grams of crack cocaine with a street value of $4,350.

“Almost 11 grams of that was actually in the buttocks, between the cheeks of one of the persons charged,” says Insp. Scott Easto.

Police arrested four men, and laid drug charges against three of them.

Jacobus Wagenaar, 24, of Paris, Jesse Thacher, 25, of Burford, and Steven Roe, 49 of Brantford were charged with possession of a controlled substance for the purpose of trafficking.

Wagenaar and Thacher were also charged with trafficking crack cocaine.

“Police have executed warrants there before,” notes Insp. Easto. “This has been an ongoing problem there.”

Easto says police are looking into the possibility the store is operating as a front for drug money, and will attempt to close it.