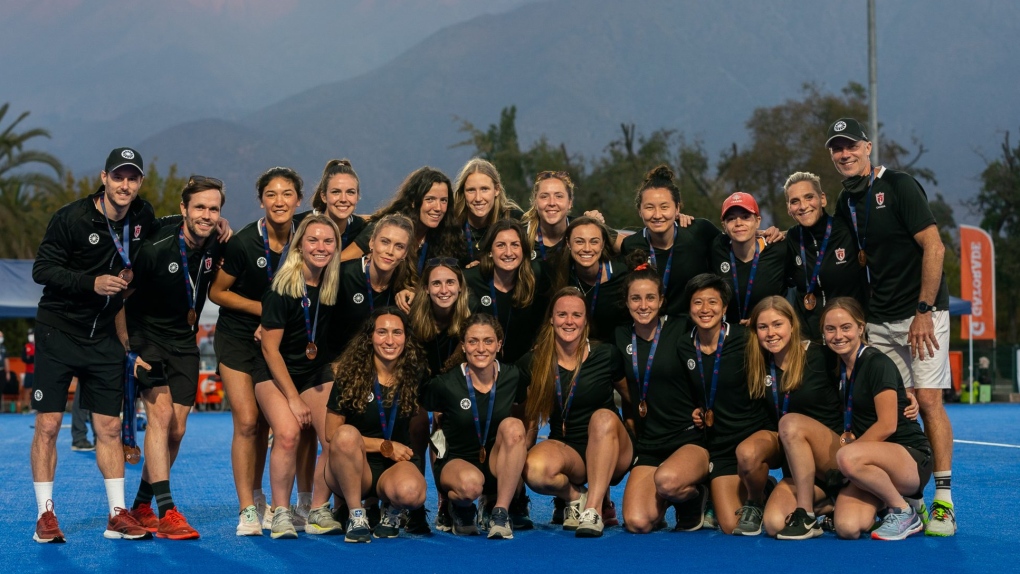 The Canadian women’s national field hockey team will include three members from the Waterloo region.

The athletes will represent Team Canada in the field hockey competition at the 2022 Commonwealth Games in Birmingham, England taking place from July 28 to Aug. 8.

The three local athletes are Amanda Woodcroft from Waterloo, Jordyn Faiczak from Waterloo and Brienne Stairs from Kitchener.

Team Canada has both Woodcroft and Faiczak listed as midfield players and Stairs as a forward.

According to Commonwealth Sport Canada (CSC), the women’s national team will be travelling directly from Spain, where they are taking part in the 2022 World Cup, to the UK for the Commonwealth Games. They will have the same pool play opponents as the men’s national team, facing India, Wales, England and Ghana with the top two advancing to the championship bracket.

“With many of the world’s leading field hockey nations competing at the Commonwealth Games, the challenge for medals will be significant,” Scott Stevenson, executive director of Team Canada said in a media release. “We are looking for solid performances from both the women’s and men’s teams with a few upsets along the way, so they can challenge for the podium. We know from past games that our Canadian teams always compete hard, and we look forward to more of the same.”

According to Field Hockey Canada, the team is currently ranked 14th in the world by the International Hockey Federation (FIH).

Recently, the team won a silver medal at the 2019 Pan American Games in Lima, Peru and placed second at the 2019 FIH hockey series finals.

The FBI searched Donald Trump's Mar-a-Lago estate as part of an investigation into whether he took classified records from the White House to his Florida residence, people familiar with the matter said Monday, a move that represents a dramatic and unprecedented escalation of law enforcement scrutiny of the former president.

Helicopters have begun bringing essential supplies to southern Newfoundland towns cut off from the rest of the island by two out-of-control forest fires.

WhatsApp is going to stop letting everyone see when you're online

Two new features being introduced on WhatsApp, which will let you choose who can see when you're active, and to leave groups silently, will start rolling out to all WhatsApp users this month.

Some of the world's richest men are funding a massive treasure hunt, complete with helicopters and transmitters, on the west coast of Greenland.

Ashton Kutcher says he battled the debilitating disease vasculitis. Here's what it is

Ashton Kutcher revealed Monday he had battled a serious autoimmune disease that affected his hearing, sight and ability to walk for more than a year.