'This isn't how you want it to be': Couple married for 60 years separated by COVID-19 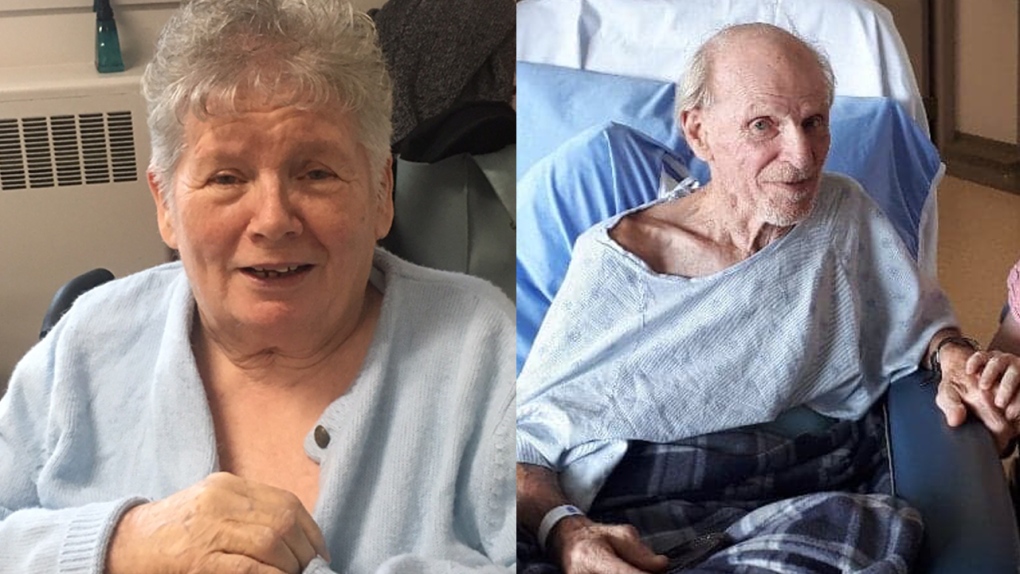 Beverley (left) and David McFarland seen here in these provided photos. Their family says they have been separated since COVID-19 measures forced Beverley to be relocated from a hospital to a long-term care home.

KITCHENER -- David and Beverley McFarland have been together for more than 60 years.

Both of the McFarlands are living with dementia. David McFarland also suffers from severe Alzheimer's disease.

The pair had been living together in a room at the Willett Urgent Care Centre in Paris, Ont. before the COVID-19 pandemic hit the province.

Their daughter says that, when the virus began spreading in Ontario, health officials wanted to get long-term care patients out of hospitals to make room.

That resulted in her mom being moved to the John Noble Home in Brantford.

"It was really scary because we didn't want my mom moved in the midst of this, but at the same time they did the isolation, they checked her apparently for COVID-19 prior to going to the long-term care facility," Sherrie Parry remembers.

Her father was supposed to be moved to the John Noble Home, too, she tells CTV Kitchener.

"We keep trying and we keep just getting the door shut," says daughter Kim McFarland. "My heart breaks thinking about them dying alone when they could be dying together."

Parry says her family was under the impression that her father would be at the top of the list for reunification once his wife had cleared her 14-day isolation.

That hasn't been the case for the McFarlands, though: more than a month later, they're still living apart.

"It's hard to see them go through this and it's hard for our family to deal with it," she says, fighting tears. "They've been together for 60-plus years and this isn't how you want it to be for your family or for your parents, that love each other and are used to being with each other to be separated.

"It's very upsetting for all of us. When you talk to my dad, at one point my dad thought my mom had passed away and my mom thought my dad had left her."

"According to a directive from the province we cannot admit from the hospital due to high risk of introducing COVID-19 into the home," the statement goes on.

But Parry says both of her parents were tested for the virus, and the results for both came back negative.

She says she doesn't understand why they weren't moved to the John Noble Home at the same time.

In a statement, the Brant County Healthcare System says that the Reunification Priority Access Beds (RPAB)  applications are prioritized based on how long couples have been apart.

The BCHS says in a statement that "a limited number of RPAB-designated beds are in place in most long-term care homes to facilitate faster reunification of life partners."

A representative from The Ministry of Health for Ontario says hospital care is always available to long-term care residents and the decision to move someone is made with provincial guidelines.

Parry says she hopes that her parents will be reunited soon so that they can live the rest of their lives together.

"Hopefully they have many years together and it would be nice if they could be together before they forget who each other are, or they don't remember their family," she says.

"It'd be nice at least if they had each other to continue growing old with."

With reporting from Heather Senoran

Can I get tested for COVID-19? What the rules are in each province and territory

How music therapy is helping some manage pandemic stress

Where to find cloth face masks, how to choose them and how to keep them working

Nearly half of coronavirus-related tweets are sent by bots spreading misinformation, research finds

Has the pandemic drastically changed your financial situation? We want to hear from you