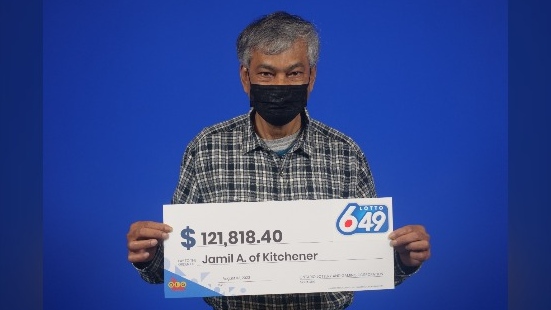 Last month a 63-year-old musician was out enjoying his day at the market when he decided to check his LOTTO 6/49 ticket.

"This is my first big win,” he said in an Ontario Lottery and Gaming Corporation (OLG) media release.

"I saw the big winner screen, and I was in shock," he said. "I thought it was a mistake."

Jamil has regularly played the lottery for the past 12 years.

Jamil said he plans to put some money aside to travel to Vancouver with his wife.

“This money will be placed in my savings while I figure out [the] next steps,” he said.

"It feels good. I always hoped for this moment.”

The winning ticket was purchased at Hasty Market on Victoria Street in Kitchener.