The long fight to change the name of Puslinch, Ont.'s Swastika Trail

A controversial Puslinch, Ont. street is getting a new name, but it wasn't unanimous.

For Randy Guzar and his wife Audrey Hoskins, who live on the street, it’s a historic day.

The couple have been pushing Puslinch Township to rename the street for several years.

“The name, as I stated in my comments to council this morning, it is the most universally recognized hate symbol in the world,” Guzar said.

Now, after years of rejection, the road is finally getting a new name. 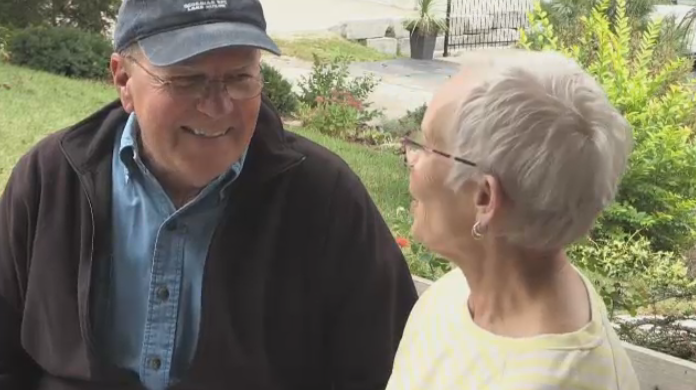 “We have responsibility, and play pivotal role in combating racism and hate and creating a welcoming and inclusive community,” Coun. Jessica Goyda said during the meeting.

Mayor James Seeley was the only council member to vote against changing the name.

“The federal government has not banned the symbol or the word because it’s protected at arm’s length through the Charter of Rights and Freedoms, I cannot support changing the name,” Seeley said.

Council heard from many delegates before making the decision.

“This symbol has become, for Jews – as well as other groups persecuted by the Nazi – the ultimate symbol of horror, of mass murder, of crimes against humanity,” Jaime Kirzner-Roberts with the Friends of Simon Wiesenthal Centre for Holocaust Studies told the meeting.

Swastika Trail has been a subject of controversy for over a decade, but council largely stayed out of it until five years ago as the road is privately owned.

In 2017, locals in favour of the name change enlisted the help of B’nai Brith Canada, launching an online petition which received 2,000 signatures and submitting a request to council.

Meanwhile, other residents of the street maintained the symbol had a long, positive history, predateding Nazi Germany.

Council ultimately voted 4-1 to leave the name unchanged, saying they didn’t want to overstep a vote conducted by the neighbourhood association. That vote showed the majority of the street’s residents wanted to keep its name.

Then, earlier this summer, council approved a new municipal street naming policy. That’s when Guzar put forth the latest application to have the name changed.

“We’re Canadian, that’s why we stuck with it for so long, Swastika is not who we are or what we represent,” Guzar said.

The new name, Holly Trail, was recommended by the street owner.

Renaming the street is getting mixed reaction from locals.

“That’s the problem with a lot of society today – ‘I take offense’ – so we just change everything without thinking of the consequences,” said Tennille Moulton, who lives in the area. “The people who are paying for all this are the taxpayers.”

Courtney Madruga, who lives on Swastika Trail, said she’s excited about the change.

“It was one of those things where I was literally embarrassed to give my address out,” Madruga said.

For Guzar, it’s a sigh of relief.

“We feel very positive about the things we’re doing for our community to make it more welcoming,” he said.

The issue will now go back to township staff to look further into how the name change will impact postal codes. Council will the discuss next step at an upcoming meeting scheduled for mid October.