'The car meant everything to me': Trucks stolen in crime spree

To Mack Robbins, his Black 2007 Chevy Trailblazer was more than just a truck.

It belonged to his dad, who had passed away about a year ago.

“The car meant everything to me, really,” said 17-year-old Robbins, “It has a special place in my heart.”

Around 9 a.m. on July 9, the truck was stolen off the property of their family’s business on Bishop Street North and Industrial Road in Cambridge. 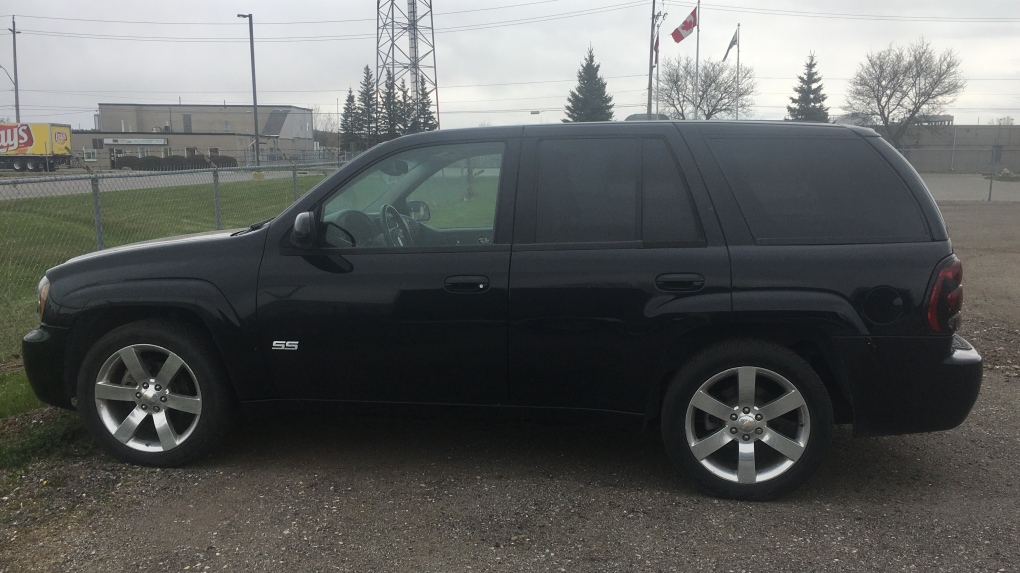 The truck had been parked in a locked compound as Robbins waited to take his G2 road test.

Robbins said he’s heartbroken, having passed the test but unable to drive his father’s car. He said he even worked up to 60 hours a week to pay his mom for the car.

He said suspects cut through the fence to get in and out of the locked compound. The surveillance video shows the incident happened in less than nine minutes.

“Whenever I would get into the car, a piece of him would be with me when I was driving and I just felt like that was taken away from me,” said Robbins.

Waterloo regional police said the theft involved suspects who arrived in a stolen F-350 pickup truck, which was involved in a hit and run on Franklin Boulevard as they fled.

Police believe the same people using the stolen F-350 also stole a GMC Sierra truck and trailer in Elmira earlier in the morning, around 5 a.m. and then tried to break into a gas station.

The truck was later found burned along New Jerusalem Road. 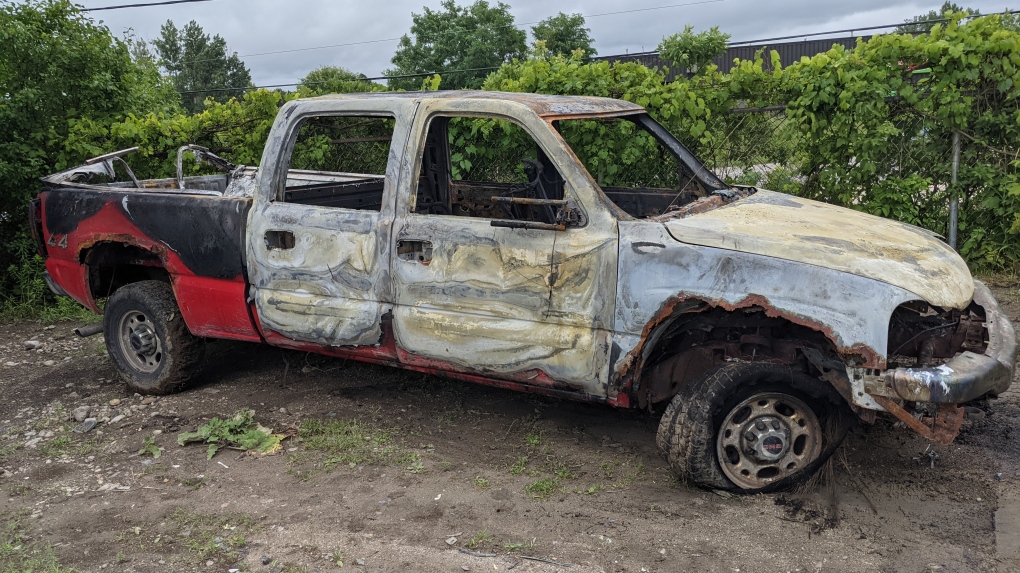 A pickup truck that was reportedly stolen, used in an attempted break and enter, and then burned. (Photo provided by owner) (July 9, 2021)

The Robbins family is now left heartbroken and angry.

“It’s disgusting, they feel like they’re entitled to damage property and steal property and carry on like they are,” said Tracey Robbins, Mack’s mother.

The search continues for the stolen F-350 described as a silver truck with chrome fenders and black rims. Police believe it to be damaged from the Cambridge hit and run.

Waterloo regional police are appealing to anyone who can help them find the suspects. Anyone with information is asked to call police or Crime Stoppers.

A day after one of Alberta's top health officials announced that that province's COVID-19 health-care crisis necessitated a cross-country call for help, British Columbia's health minister has responded to say B.C. simply can't handle helping anyone else.