Temperatures have been in the 30s everyday so far this month. Here's when we can expect some relief 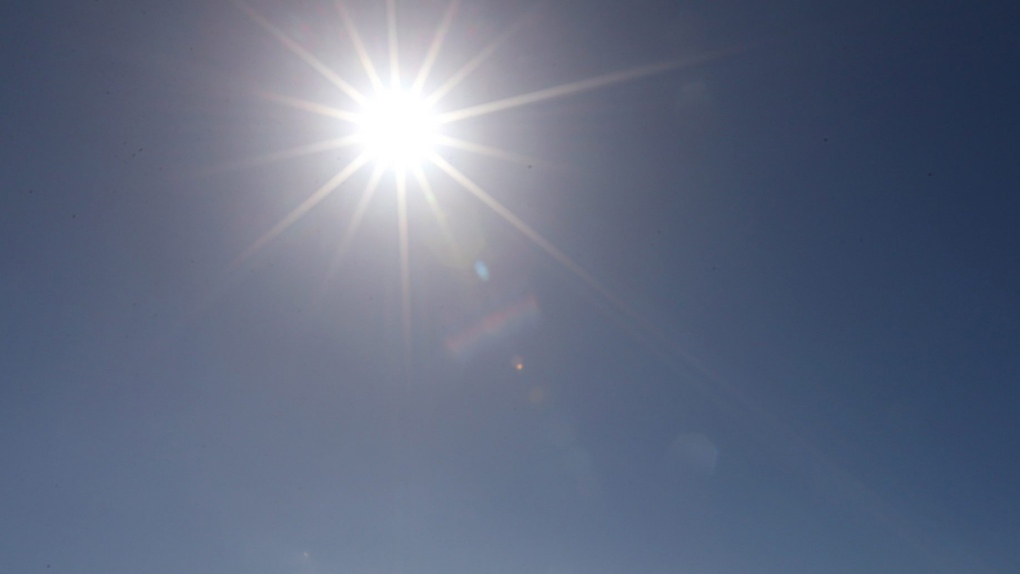 KITCHENER -- Temperatures every day so far this July have climbed to at least 30 degrees Celsius in Waterloo Region.

A slight cool-down is on the way for the weekend, but it will be brief.

The region's record of consecutive days with temperatures of 30C or higher is 12 days. According to Environment Canada Meteorologist Rob Kuhn, this happened in June and July of 1949.

He adds that, on average, Waterloo Region gets about eight days over 30 C in a whole year.

Thursday marks day nine in a row for the region, and Friday is expected to push us to 10 consecutive days.

On Friday, Environment Canada updated their heat warning for the region and Wellington County. They expect daytime highs will be in excess of 30 degrees, humidex values in the high thirties to low forties, and an overnight low of around 20 degrees.

Here are the daytime highs recorded at the Region of Waterloo International Airport through July so far. 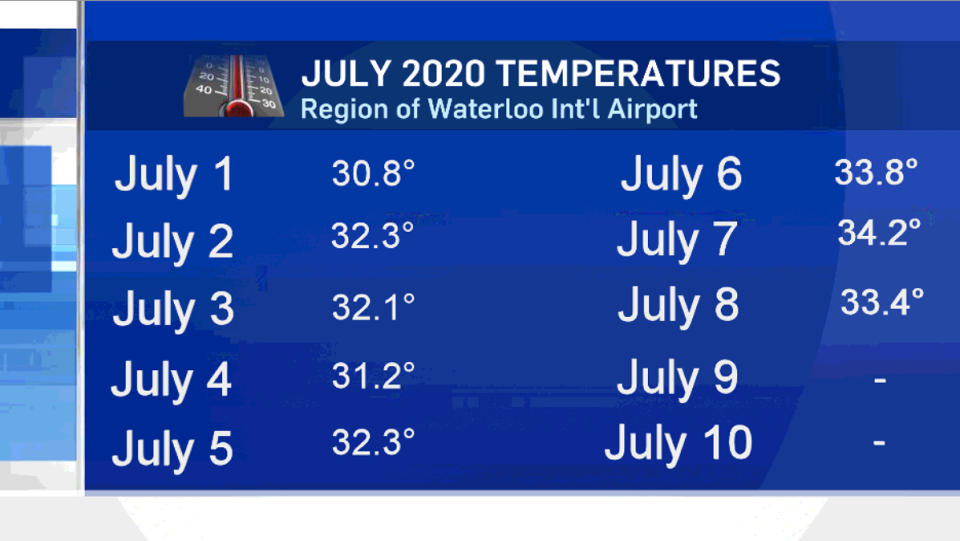 The Region of Waterloo has hit at least 30 degrees Celsius every day so far this month.

By 12:00 p.m. Thursday, the temperature had already reached 32.2 C with a humidex of 40, and continued to climb through the day.

Temperatures are forecast to dip just below the 30 C mark Saturday and Sunday, with values near- or slightly above-seasonal.

A seasonal average for the region is about 26 C while an average low is around 14 C. Temperatures during this heat wave throughout the overnight hours have hovered around 20 C, providing little relief.

The slight cool down in temperatures over the weekend will be short-lived though. Daytime highs will soar back into the 30s by mid-week, with humidity building back in.

It's so hot that people don't even want to go outside for ice cream.

"Thirty-five, it's not good for a business like mine at this hour, because a lot of people don't want to leave the air conditioning of their home," said Michael Dogantzis with Megacone Ice Cream Truck.

Business does pick up in the evening when the weather starts to cool down.