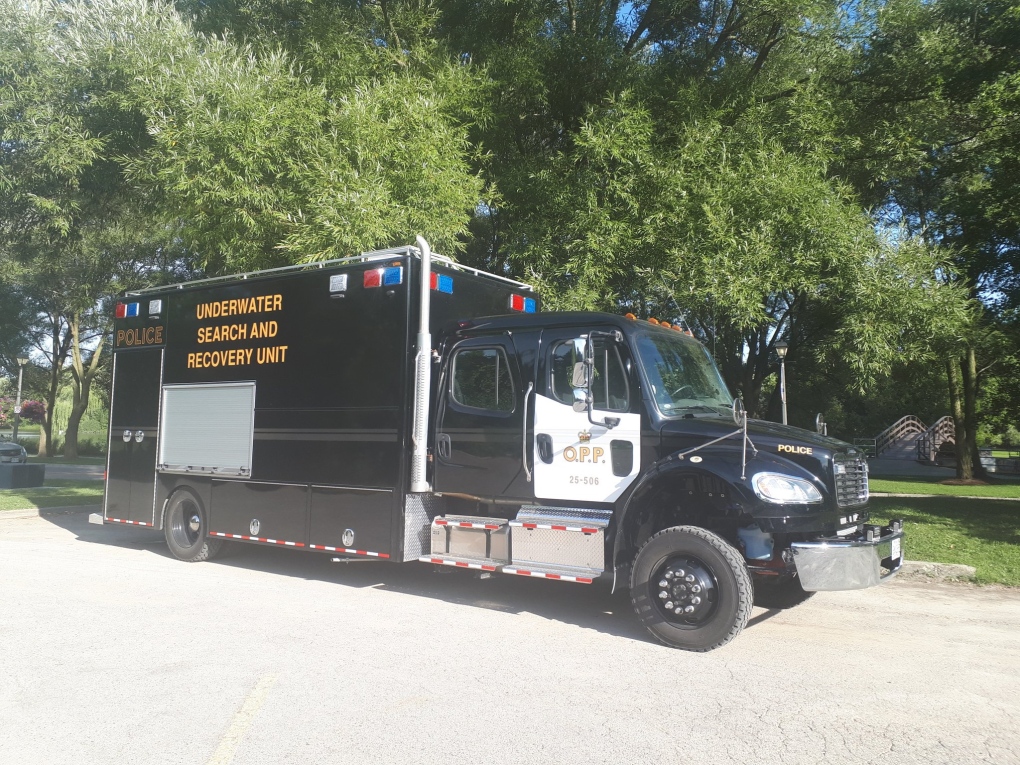 OPP are searching for a firearm they believe was thrown into the Avon River after a reported robbery. (Source: Stratford Police/Twitter) (August 26, 2019)

A pair of teenagers have been arrested in relation to a robbery involving a firearm.

One of the teens reportedly pulled a black handgun from his front waistband and pressed it against the chest of one of the victims.

The accused males spit on the victims and demanded they empty their pockets. A cell phone and wallet were handed over.

Police were called to the scene and located two males fleeing the area.

It was determined that the accused teenagers and victims did not know each other.

OPP Underwater Search Team arrived to the Avon River on Monday took look for the firearm they believe was thrown into the water.

OPP Underwater Search team at Avon River in @cityofstratford to search for missing firearm from robbery on Aug 24th. Section of river to be searched where gun believed to be thrown in. pic.twitter.com/JpVhdXNj24