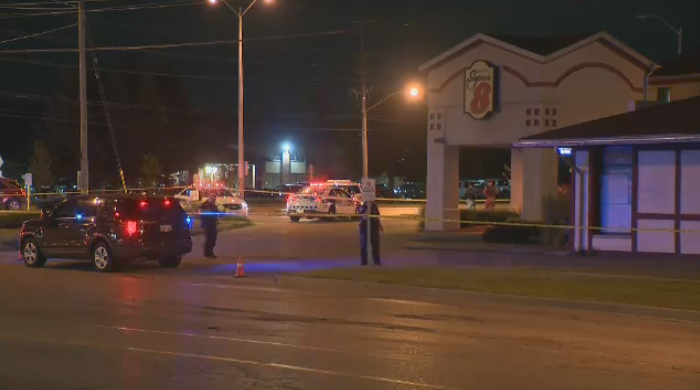 A heavy police presence can be seen at the Super 8 motel in Guelph after a person was shot. (CTV Kitchener)

A teenage girl who was shot in Guelph over the weekend has been released from hospital.

The shooting happened on July 13 at around 10 p.m. at a motel on Woodlawn Road West.

The girl, 16, was taken to a trauma centre for serious injuries.

In a release on Wednesday, police say she has since been released from hospital.

Police say they believe it was a targeted incident and say there is no concern for public safety.

Anyone with information is asked to contact police. Specifically, police are seeking dash cam video from anyone who may have been in the area at the time.

You can call Crime Stoppers if you’d like to remain anonymous.