Kitchener girl killed after being hit by boat at Conestogo Lake: police

Ontario Provincial Police say a teen girl from Kitchener was killed after she was reportedly run over by a boat at Conestogo Lake on Sunday.

Emergency crews were called to Wellington County Road 11 in Mapleton Township for a boating incident just after 4 p.m.

On Monday afternoon, officials identified the girl as Tania Yonan. 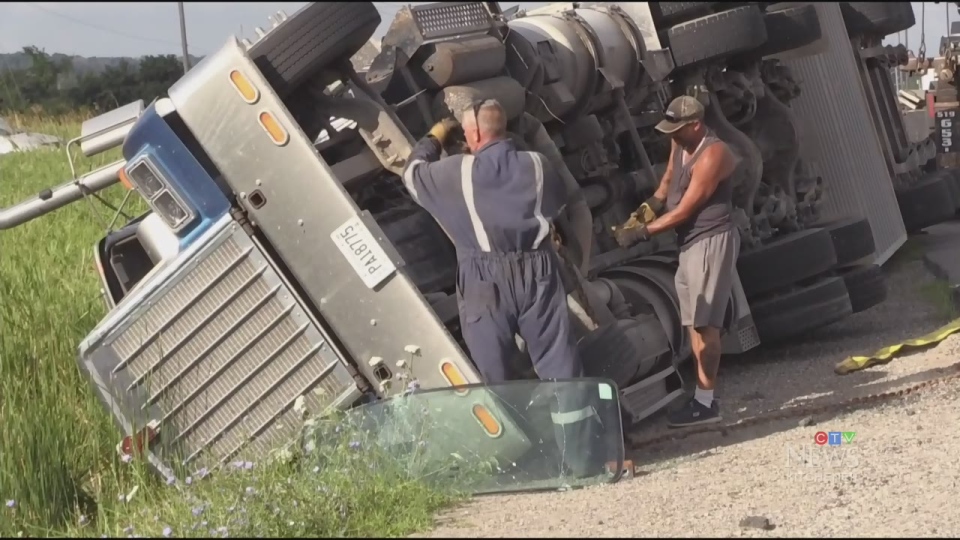 Dozens of pigs were killed and a driver was taken to hospital after a transport truck carrying the pigs rolled over on Highway 7/8.

Police tweeted about the crash near Nafziger Road just before 8 a.m. on Monday.

On Monday afternoon, the OPP tweeted that about half of the 90 pigs in the truck had died as a result of the rollover. The Canadian Food Inspection Agency and veterinarians were at the scene to take care of the livestock.

The pigs had to be off-loaded onto a new trailer and the highway had to be cleared before it could reopen. Police said they expected that to take around two hours.

‘She put her life in danger to save him’: Guelph teen rescues kayaker

A Guelph teen is being hailed a hero after she helped rescue a kayaker who nearly drowned.

The incident happened on July 26 at Sunset Point Beach in Collingwood, while 16-year-old Jamey Klassen was on a week-long family vacation.

Klassen says she heard people calling 911 saying someone was drowning, and when she looked out on the water, she saw a man about 200 metres away holding onto a kayak.

“Honestly, not a whole lot was going through my head except that he needed help,” Klassen says. 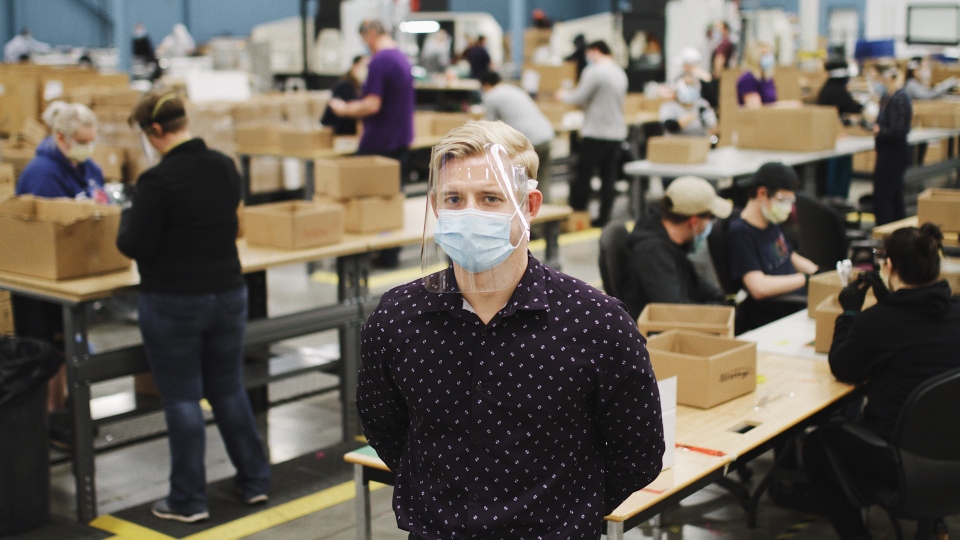 A Waterloo face shield and mask manufacturer announced Tuesday that it would be donating three quarters of a million face shields to protect teachers and educators from COVID-19.

The Canadian Shield, which was founded by the educational technology company InkSmith, says the 750,000 reusable shields are worth about $7.5 million.

As school boards across the country look ahead to the start of the school year in September, just weeks away, there is concern that schools could become a hotspot for the spread of the virus.

Education Minister Stephen Lecce was scheduled to be in Waterloo on Wednesday to accept the donation on behalf of Ontario, while conversations with other provincial and territorial ministries are ongoing.

Region of Waterloo Public Health officials reported no new cases of COVID-19 for the first time in more than four months on Tuesday, a sign that the region could be through the first wave of the virus.